JULY - CRYING IS FOR WRITERS 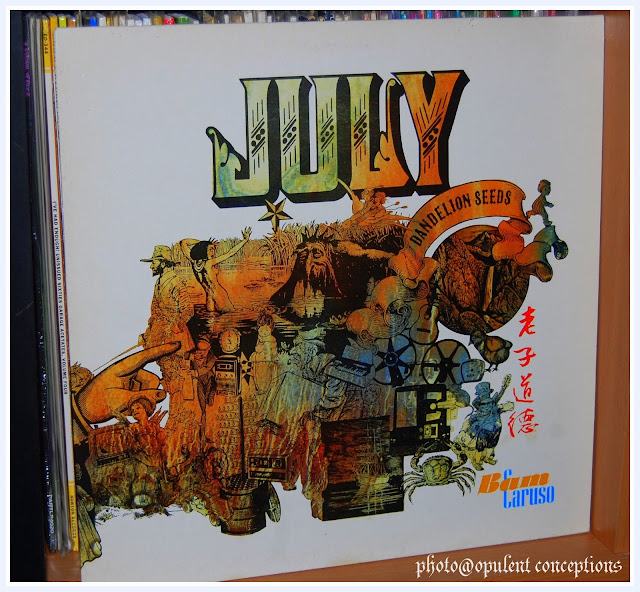 This weekend's album of choice is "Dandelion Seeds" by July. Back in the mid to late eighties psychedelic re-issue label Bam Caruso had a terrific run with their "Rubble" compilations and ventures into re-releasing mindblowers from the 1960s.

This one by July from 1968 is one such release that really blew my mind back then. The Bam Caruso artifact also includes both sides of their second Major Minor single "The Way" / "Hello, Who's There?"

There is an abundance of information about July elsewhere but in brief, they were in their late teens and early twenties when they recorded this back in '68. Prior to becoming July they were quite a successful beat group called The Tomcats. Unknown in Britain (they came from Acton) but had a decent sized following in Spain.

My pick is not one of their most well known cuts like "My Clown" or "Dandelion Seeds" but a rather obscure psychedelic nugget called "Crying Is For Writers." 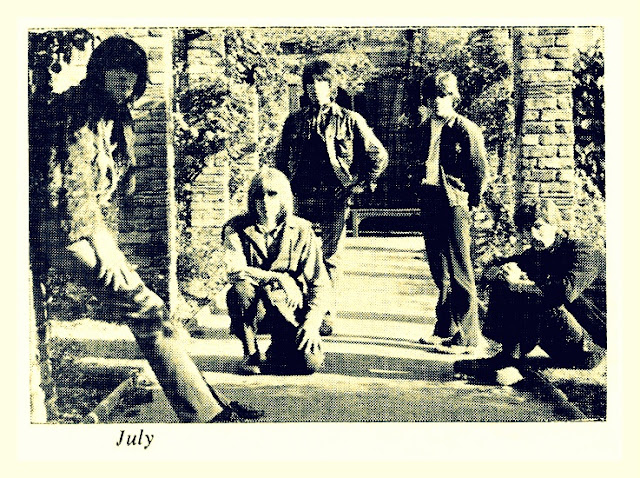