IAN & THE ZODIACS - NO MONEY, NO HONEY 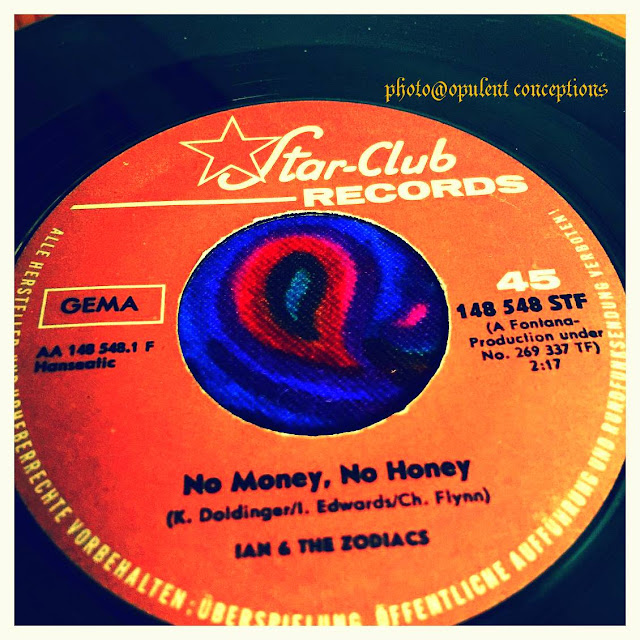 Exactly fifty years ago Liverpool combo Ian & the Zodiacs were in Berlin recording this R&B fuzz pounder. For such a fabulous group it's bordering on ludicrous that they were virtual unknowns in Britain, except for Merseyside of course.

Much of their material was recorded and released in Germany and other parts of Europe. Some were decent sized hits, they often appeared on several pop shows promoting records. Nothing in Britain of course, it seems the teenagers here were snoozing.

"No Money, No Honey" is one of those tunes that melts away at your mind, fuzz action, caveman drum beat, great vocals. Should have been a smash. The other side is a powerful version of "Ride Your Pony." 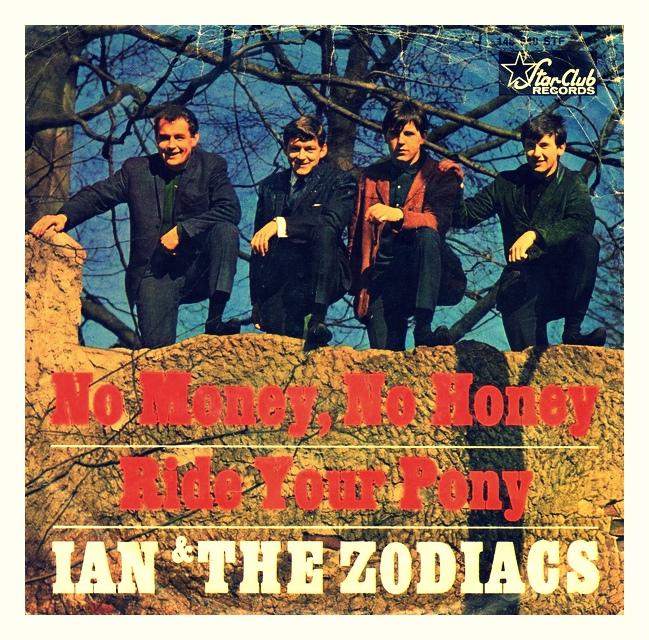