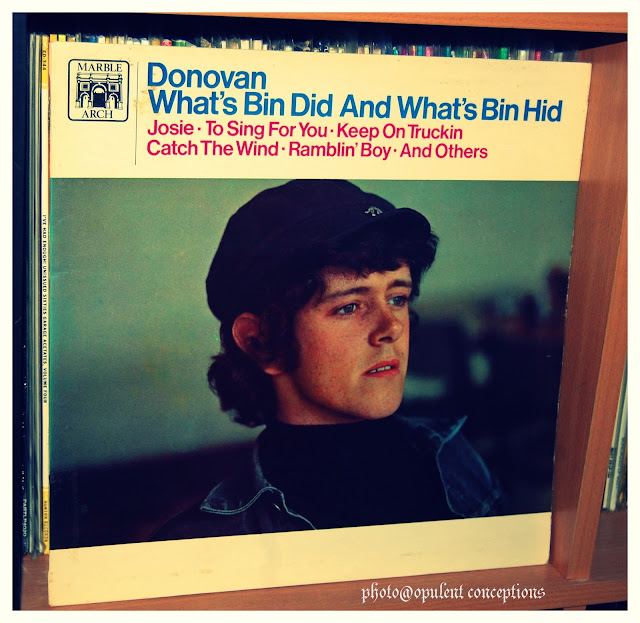 This is my second Donovan entry today and another re-issue on budget label Marble Arch. The latter released Donovan's debut album at the end of 1968. The original on Pye came out mid 1965.
Don was only eighteen years old when he recorded the songs for this album. He had help of course, from Brian Locking on bass guitar. Brian also played with The Shadows for a short while and a couple of years for Marty Wilde's backing group The Wildcats.

On drums was Skip Alan who would later become a member of The Pretty Things during their psychedelic period. Gypsy Dave joined in on kazzoo.

A really strong folk album, most of which was written by Donovan including the soothing acoustic instrumental "Tangerine Puppet" and his famous hit "Catch The Wind." There's also room for a fab folk blues version of "You're Gonna Need Somebody On Your Bond."