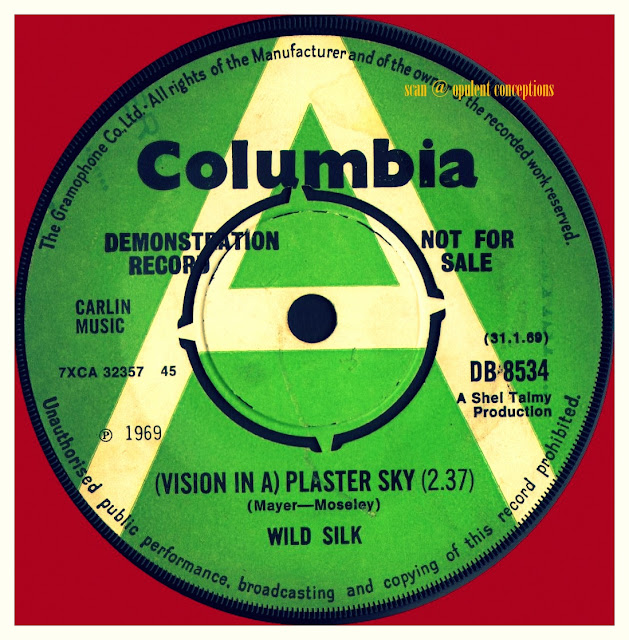 Here's a throwback to those flower pop singles from mid 1967 with dual male/female vocal harmonies. "(Vision In A) Plaster Sky" sounds like a UK Mamas & the Papas, surprisingly delicate production from Shel Talmy, best known for his work with English freakbeat groups.

For some reason the record was released in America under the group name of Basil.

Compiled on "Rubble 3" - Nightmares In Wonderland.

I've read several online sources and even within "Fuzz, Acid & Flowers" that the flip "Toymaker" with songwriting credit going to (Davies) is indeed a long lost and forgotten about song written by Ray Davies. This is however, incorrect.