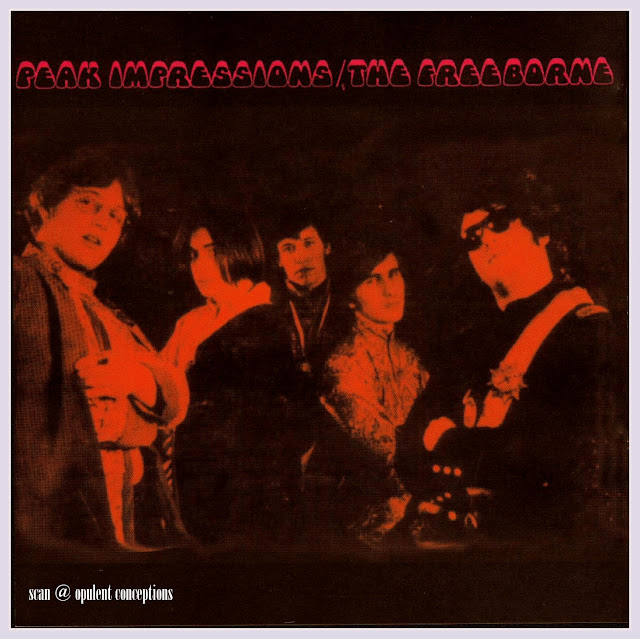 Readers may have noticed that I'm covering 60s psych songs with either 'sky' or 'skies' within the song title. I never for one moment realized that there were so many until I started doing some research and flicked through my archive of 45s and vinyl LPs.

This leads me to obscure teenage group The Freeborne from Boston, Massachusetts. They released an album during May 1968 on the Monitor Record label and hung around long enough to make waves in their home domain.

My pick is the rather British influenced psych of "Yellow Sky" which is notable for it's trippy wah wah guitars, weaving drum patterns, la la la background vocals and off-kilter time changes.