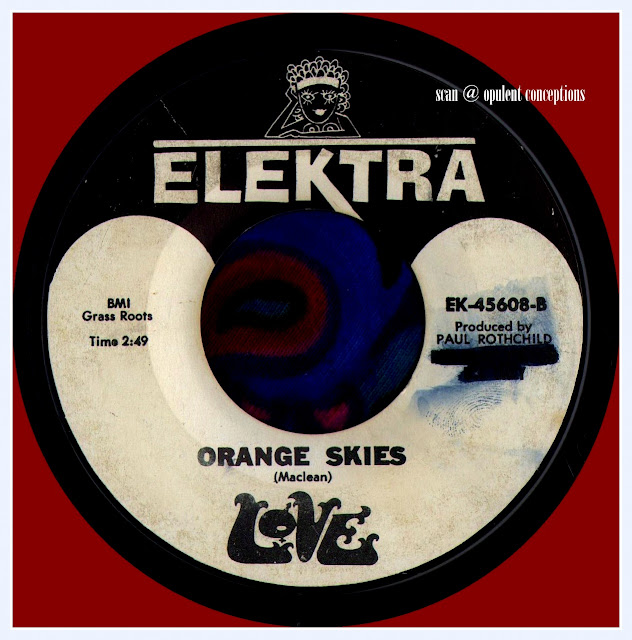 This is a rare Love record, it's my white label promo sent to Radio Stations back in October 1966. It was then quickly withdrawn and released again but this time replacing "Stephanie Knows Who" with "She Comes In Colors." Quite why is anybody's guess!

I'll focus on Brian Maclean's rhythmic latin love ballad "Orange Skies" which he wrote in 1965 when he was a young roadie for The Byrds. The following information is taken from the liners of my "Da Capo" CD re-issue on Elektra.

Good vibes notwithstanding, the first day of recording on September 27th, 1966 at RCA Studios in Hollywood held some tense moments. "On 'Orange Skies' there's a flute part in there and they kept threatening to call Herbie Mann in because Tjay could not get this part right simply because we were out of tune," remembers Echols. "You see what happened was we tuned up this harpsichord and the harpsichord was off and so everything was slightly off and he couldn't get his flute to play in tune."