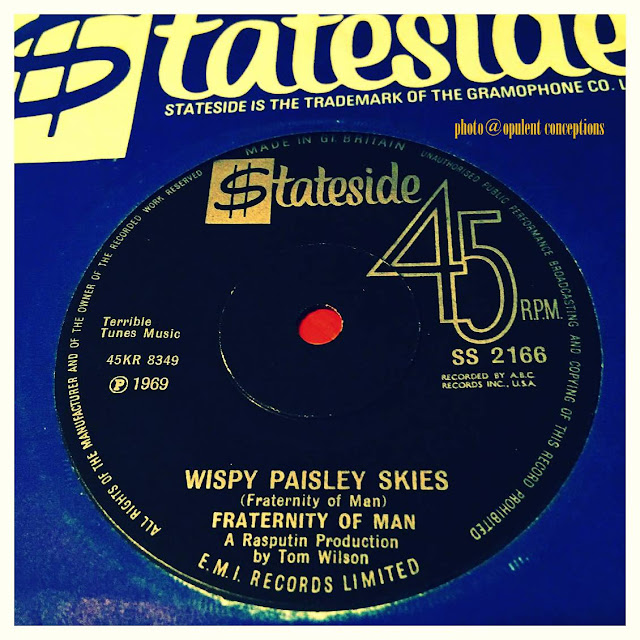 Fraternity Of Man are perhaps best known for their hippie blues tune "Don't Bogart Me" which was used in the film "Easy Rider." Far more interesting is the folk-psych winner "Wispy Paisley Skies" hidden away on a B-Side. This single was probably released in Britain to coincide with "Easy Rider" because it came out almost two years earlier in the USA.

"Butterfly dreams swirling all around."

The group featured ex members of Lowell George & The Factory. I don't have any other records by them, I believe that they released two studio albums.