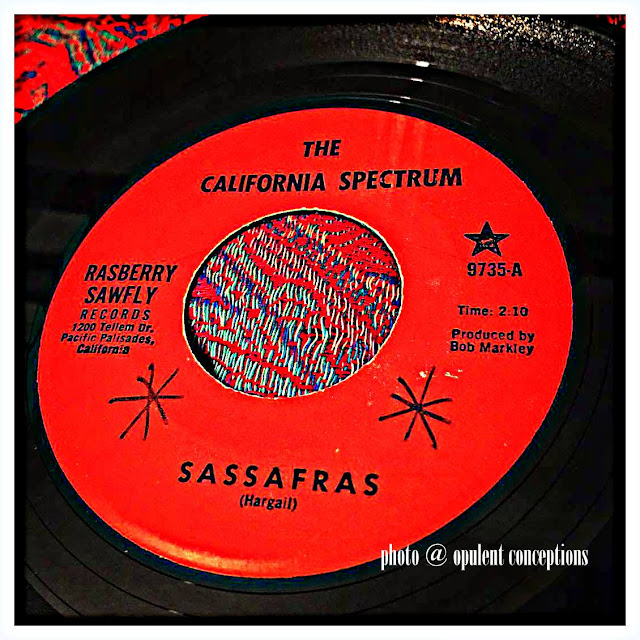 Here's one of my latest rare and obscure 60s psych 45s. This is by The California Spectrum which were The West Coast Pop Art Experimental Band recorded under a pseudonym during 1968.
"Sassafras" is a melodic folk tune, produced by Bob Markley. I don't suppose the record had much distribution beyond Los Angeles.  Pacific Palisades, CA (otherwise known as Santa Monica) is where Jim Morrison and amigos hung, in the beachy neighborhood of UCLA.

The other side "Obviously Bad" is a short instrumental.