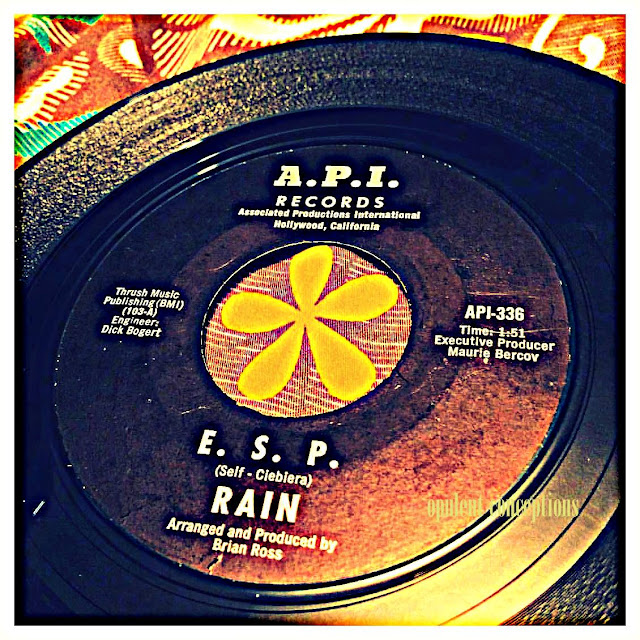 I don't think their story/history has ever been told or if any members have come forward with information and photos. Quite the mystery group. Produced by Brian Ross who worked with The Music Machine of course.

The single was re-released on London Records during January 1967 but it's a weaker version omitting the guitar feedback and effects. The other side "Outta My Life" rips off Them's "I Can Only Give You Everything" making Rain quite the magpies.