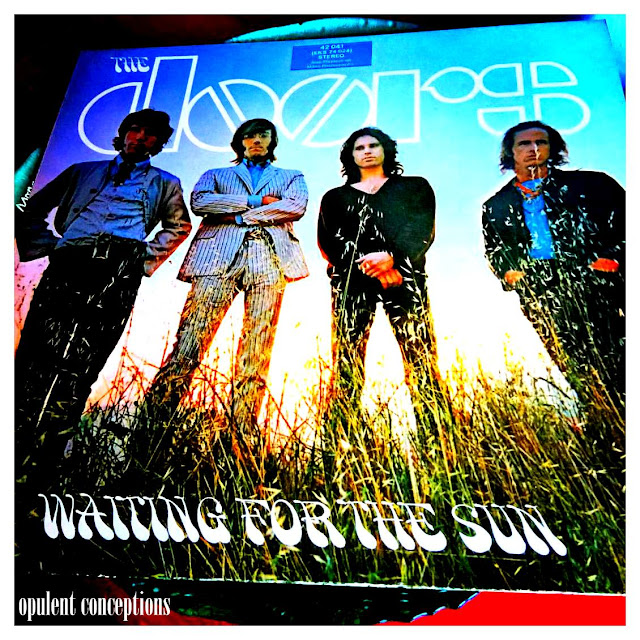 Moving on to The Doors third studio album and one which drew negative reviews from some of the music critics at the time. Most of the one's I've read dismiss it as not being as good as their previous two and their least enjoyable. I personally think those remarks are a little harsh, it has it's moments such as the evocative "Summer's Almost Gone" and the mellow hippie ballad "Love Street"

The songs for "Waiting For The Sun" were recorded during February to May 1968 and released a few months later in July. Despite the critics not warming to it the album topped the Billboard chart in America and sold several million copies. The single "Hello, I Love You" also reached #1 and was a decent Top 20 hit in Britain.

My highlight though is the previously mentioned "Summer's Almost Gone" written by Robby Krieger. This song was written in 1965 and is notable for Krieger's impressive bottle-neck guitar.