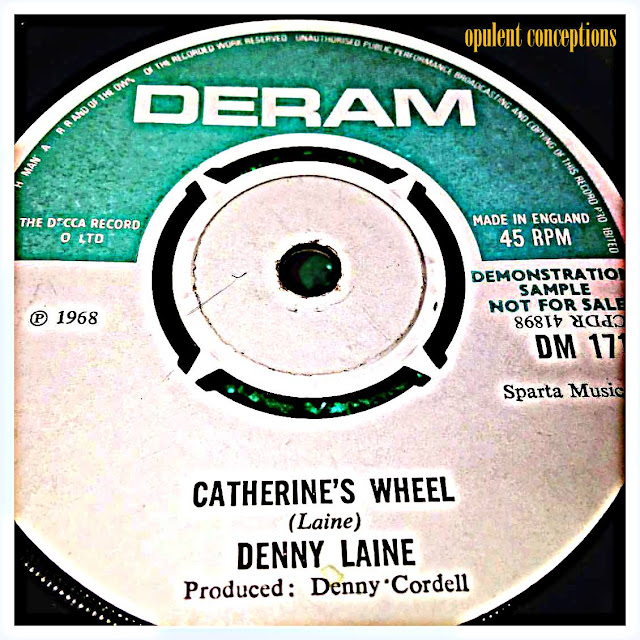 Post Moody Blues and pre Wings solo baroque psych 45 by Denny Laine released on the 12th January 1968. It's taken me decades to find a copy of this, not that I've been particularly looking for it but for some weird reason I searched for it on eBay two weeks ago. It was late 80s when I discovered the song via the compilation "Deram Dayze"

Denny's unique vocals are a highlight on "Catherine's Wheel" as is the memorable production work of Moody Blues, Procol Harum and Move Producer Denny Cordell. He just adds that certain element that makes songs charged.

Denny Laine could have been a contender back in 1967/68 but released just two singles on Deram despite the promise of an album. The latter never materialized but other songs were recorded for BBC radio sessions.

misc notes: I found out last Friday that my first proper girlfriend, she was called Catherine, had died suddenly aged 47. We were together during our teenage years of 17/18/19 and drifted in and out of the relationship until we eventually stopped seeing each other. Last time I saw her was sometime in 1985 but we did speak on the phone in 1994. And after that chat on the phone there was no further contact.

She died 23rd September, I bought this record four days later on the 27th September and found out about her death on my birthday 2nd October..... so was she sending out subliminal messages? Why would I buy "Catherine's Wheel" a few days after she had died? Why did I find out the news of her death nine days later on my birthday?

Anyway, enough of the strangeness. Catherine was cremated this afternoon. I dedicate this record in your memory. R.I.P. 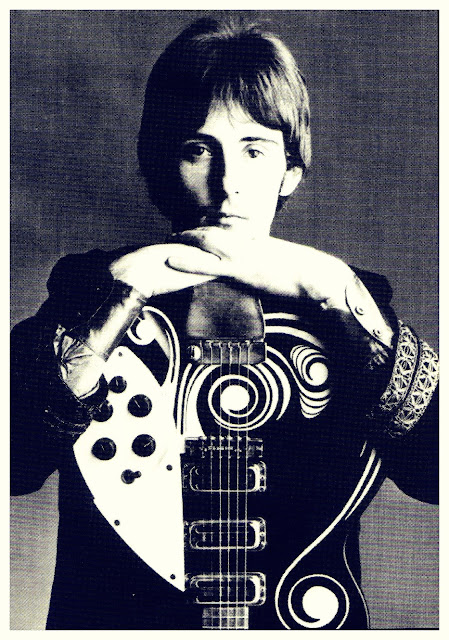 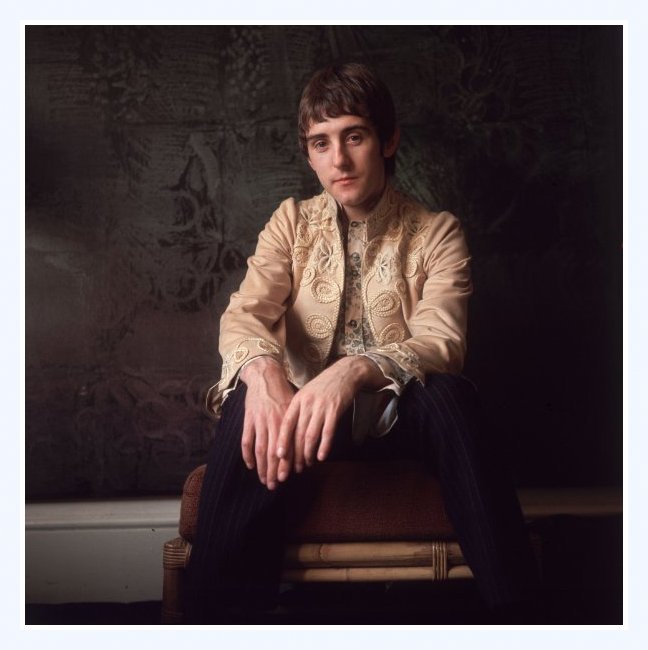