THE RAMRODS - FLOWERS IN MY MIND 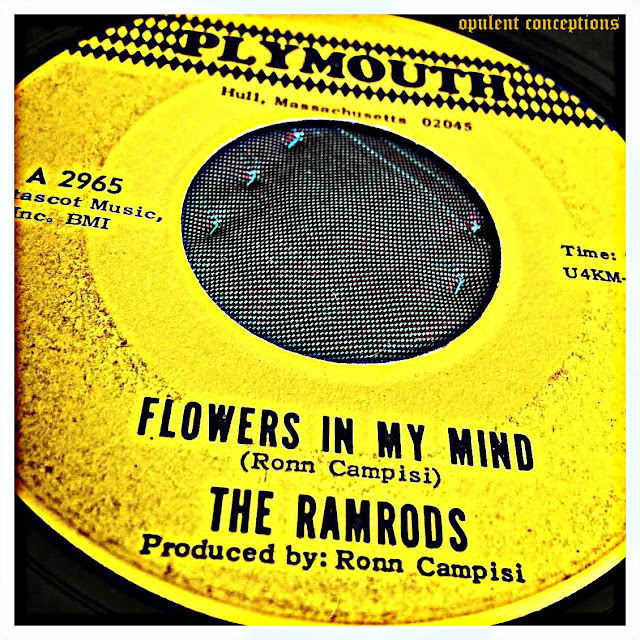 The Rocking Ramrods hailed from Newton, MA and are probably best known for their hot garage rocker "She Lied" on Bon Bon Records. I first heard this from a recording by Naz Nomad & the Nightmares (The Damned in disguise). Some months later I heard the original on an early volume of Pebbles. I'm thinking that this would be around 1984.

For whatever reason the band decided to drop the "Rockin" and were simply known as The Ramrods. This single under my spotlight was their final release and is an obscure psychedelic gem. "Flowers In My Mind" written by Ronn Campisi starts of slow and pedestrian. At first I thought what is all this about? Then the beat starts movin' a little quicker and studio effects pour outta the grooves.
It's as if the band started playing straight then dropped some fast working acid and bingo, we have lift off.

"Mary Mary" reminds me a little of The Lovin' Spoonful and is also decent.