THE ILL WINDS - I IDOLIZE YOU 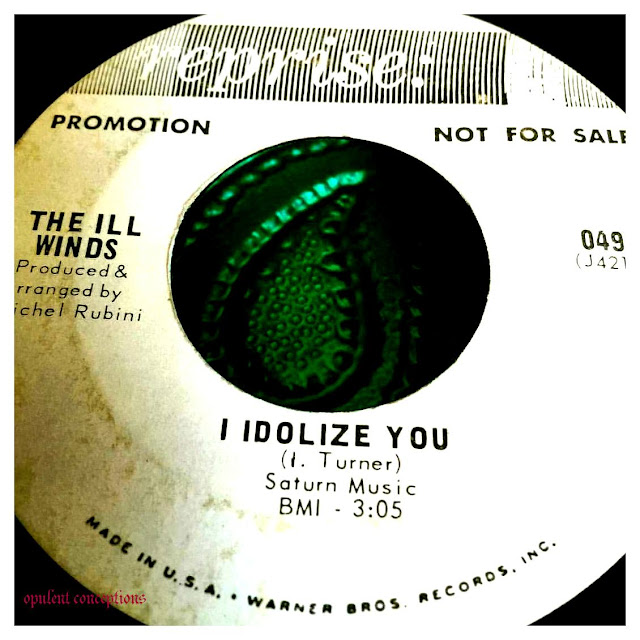 The second and final Ill Winds single was the country pop tune "A Letter" which doesn't do much at all for me and it appears neither for the kids of '66 because the single bombed and the group disappeared.

Far superior is the rockin' "I Idolize You" on the other side. The song was written and recorded by Ike & Tina Turner. It's also been done by several other groups in the 60s but perhaps not as groovy as The Ill Winds. They should have used this as their A-Side, perhaps things may have worked out differently for them.