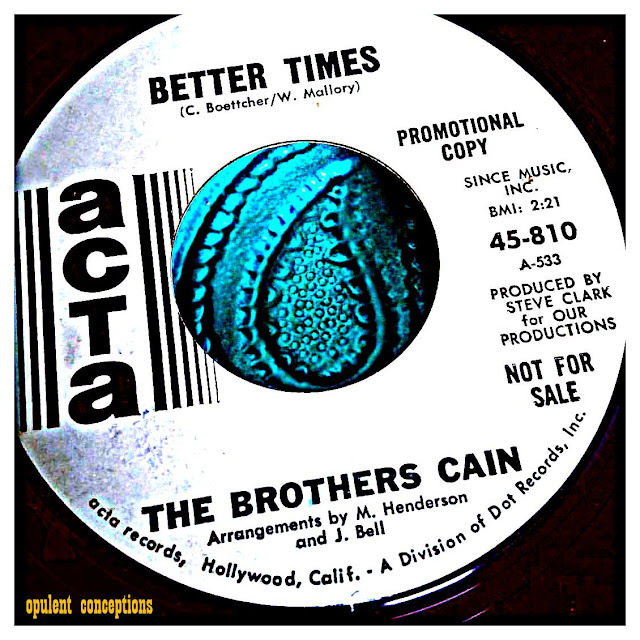 The Brothers Cain were more than likely a studio based outfit from Los Angeles with strong links to Curt Boettcher. The latter co-wrote "Better Times" with Lee Mallory, it's a sunshine pop nugget with brass, in other words a typical Boettcher effort.

"Better Times" was also recorded by The Association in 1967 but never released at the time. Their version has since surfaced on The Association 2 CD set "Just The Right Sound" released by Warner Bros/Rhino back in 2002. I've posted this below.

The other side "Pupil Alexander" is much different with an almost toy-town psych vibration going on. It's quite an addictive song and will burrow it's way inside your mind after repeated plays. This song was written by the Marmelzat - Proffer songwriting team who achieved some success in the 70s working with Tina Turner.

In 1968 another Brothers Cain single was released on Acta 820, "It Sure Is Groovy" / "Anyway You Like It" but both songs have a soul sound and fall outside my "Opulent Conceptions" radar.