THE SPLIT LEVEL - YOU CAN'T GO 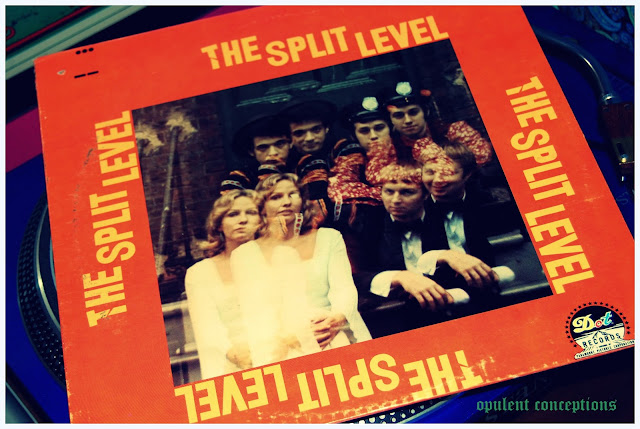 This is a very interesting album full of strangeness and experimentation combining two distinct styles, lyte flower pop psychedelia with medieval hymn madrigals. It's well worth tracking down but you'll need to find an original copy as there has been no re-issue on vinyl or CD.

A very good review of the album can be found here but I'll make some brief comments. The Split Level were formed sometime in 1967 from the ashes of a couple of folk outfits, Liz Seneff was the vocalist in The Whiskeyhill Singers while Michael Lobel and Al Dana were a folk duo.

"You Can't Go" is Peanut Butter Conspiracy-like and has a turned-on folk-rock sound with jangle and comes over like a Sunset Strip mover from '66, the flower psych vocals and harmonies add to the coolness, then comes a short burst of flute before The Split Level drive their "in sound" back to NYC where they were based.

Three singles were also released on Dot Records in 1968. Some of these have non-album cuts and of course I hope to add those to my collection and review them here at some point in time. 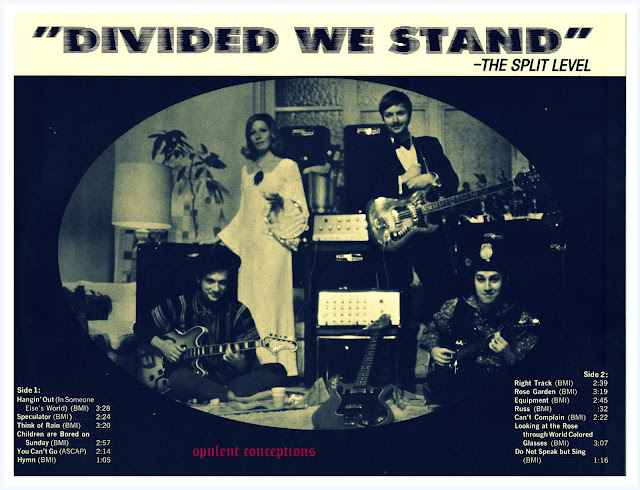 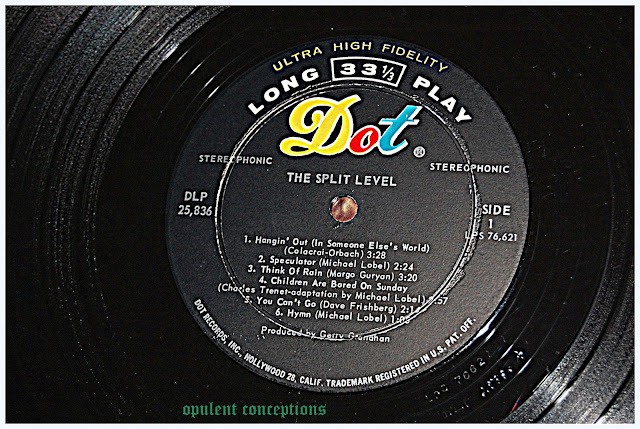