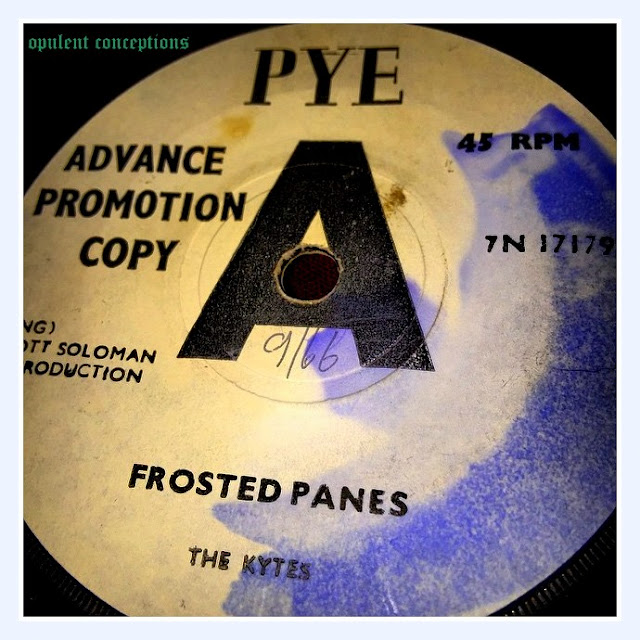 I couldn't resist recently buying this white label promo by The Kytes even though the label is badly damaged by ink or water, quite possibly at the record plant in the 60s. Someone has even scribbled the release date of 9/66 under the big bold "A"

The label may have some damage but the vinyl itself looks pristine and the sound is superb so I'm very happy indeed.

The Eddie King composed "Frosted Panes" was compiled on Rubble #10 "Professor Jordan Magic Sound Show" and is a baroque tinged psych pop tune with harmonies and sounds like folk-rockers turning their minds towards a much more experimental style which would continue up to their 1968 release "Running In The Water."

As far as I know The Kytes hailed from Bristol and consisted of Eddie King (guitar) Freddie Allen (guitar) Dave Gillis (organ), and Julian Bailey (drums). It is also thought that some members acted as the backing band for pop duo Peter & Gordon.

Go here for a history of The Kytes from Eddie King