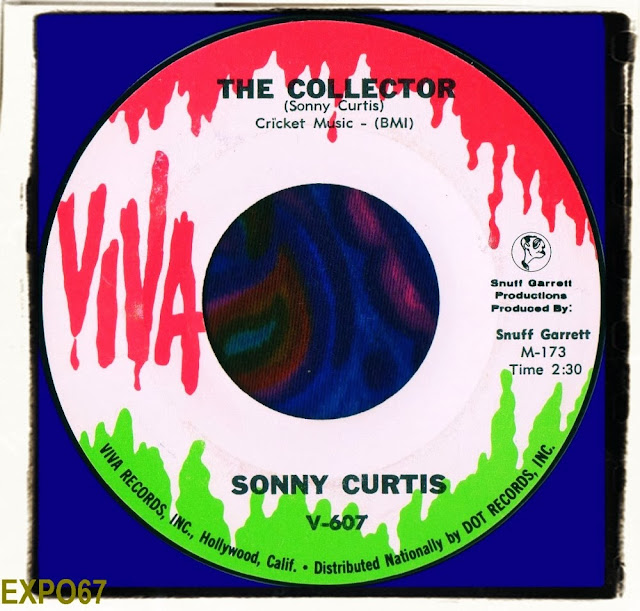 'The Collector' is a haunting psychedelic ballad that simply allows your mind to drift away....however, the lyrics are very dark and possessive and somewhat creepy.

According to Allmusic, Don Everley handed Sonny Curtis a novel called 'The Collector' and he wrote his version into a song. For some strange reason this song has never been compiled as far as I know.

The Everly Brothers and a group calling themselves #1 also recorded 'The Collector'.....sublime.