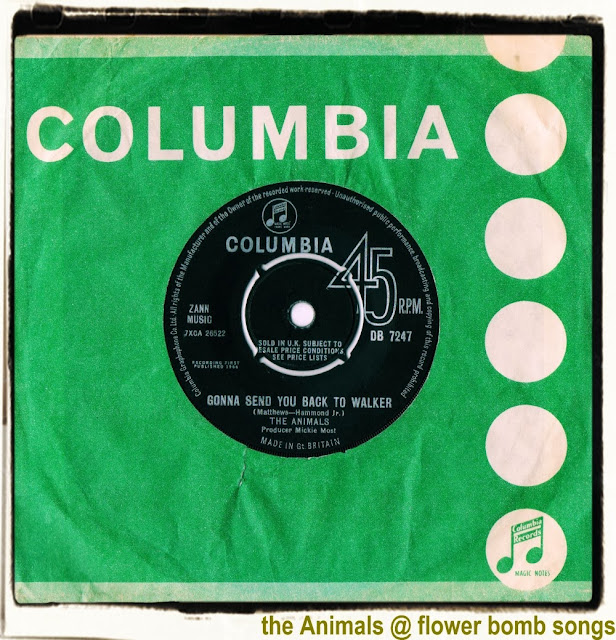 This was the debut Animals 45 from early 1964 and before I was born.

It's all about a dollybird who is obviously getting on Eric Burdon's nerves so much so that he threatens to send her back home to Walker.

For those who don't know, Walker is a rough suburb of Newcastle where Burdon was born.
Back in the 60s, I imagine Walker was a grim place to live. It's not very nice these days. I went through it on a bus back in the Summer on my way to Tynemouth... put it this way, I wouldn't like to live there! 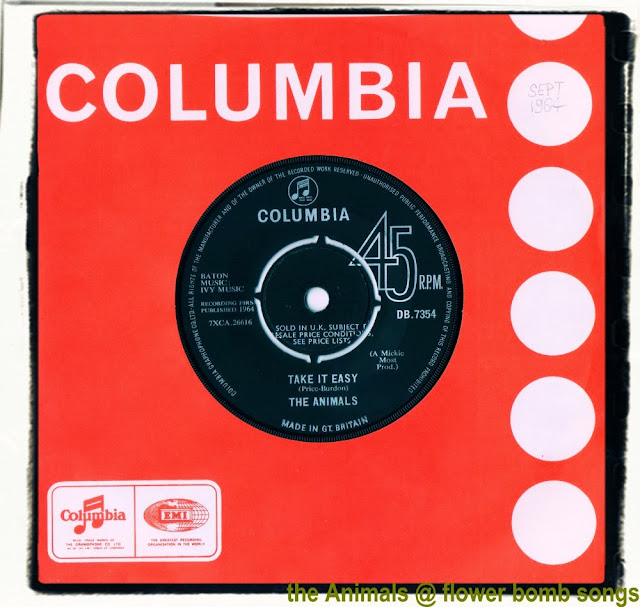 'I'm Crying', a fast paced beat swinger was the follow up to 'The House Of The Rising Sun' and went Top 10 in Britain...Of course this song smokes, there is footage of The Animals performing this on YouTube. Seek it out.

The flip 'Take It Easy' is another Burdon/Price original that brings the pace down somewhat after the frantic top-side. This one is more bluesy and perfect for the gritty vocals of Eric... 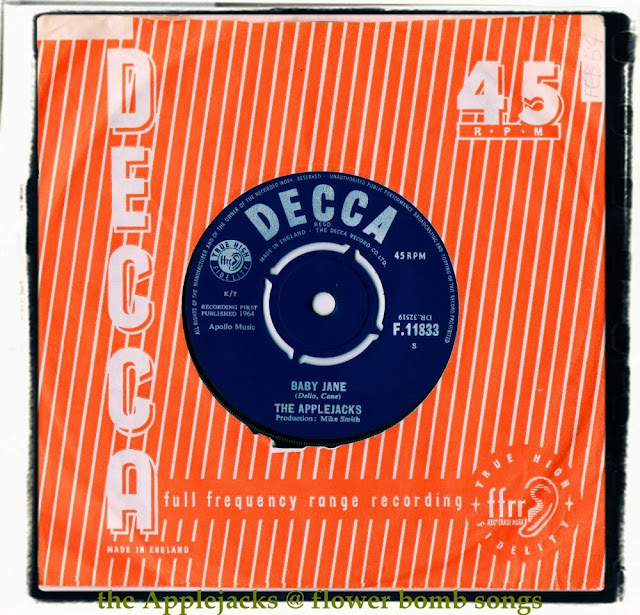 I've only got one Applejacks 45 so don't know what their other records are like but the driving beat of 'Baby Jane' is a keeper. Pity it lost out as a B-Side.

The song was written by Ray Cane and Peter Dello, who went on to form Honeybus. 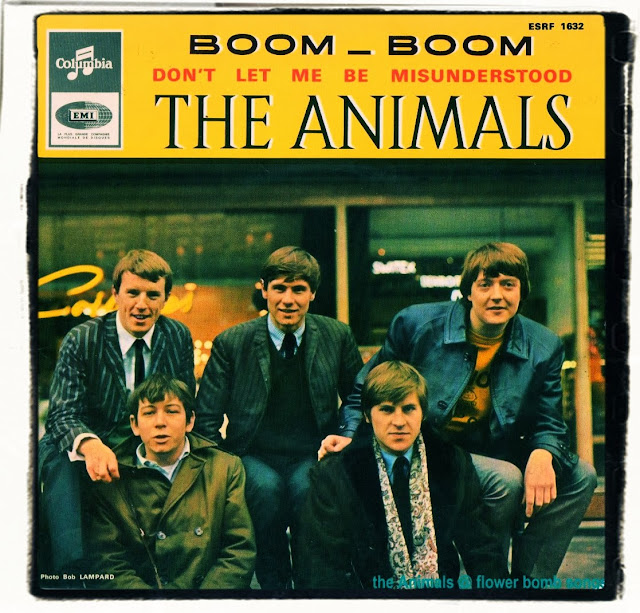 Four song EP from France January 1965 (recorded '64)...
Somehow this found it's way to Chester-le-Street and I bought it from my local record dealer man. Nice to see that Alan Price is still sort of smiling. In the next couple of months he'll quit the Animals to go solo.

Found this live performance of 'Club A Go-Go' which was the name of the venue in Newcastle where the Animals were the house band until they relocated to London in early 1964....(song written by Burdon and Price about the Geordie club) 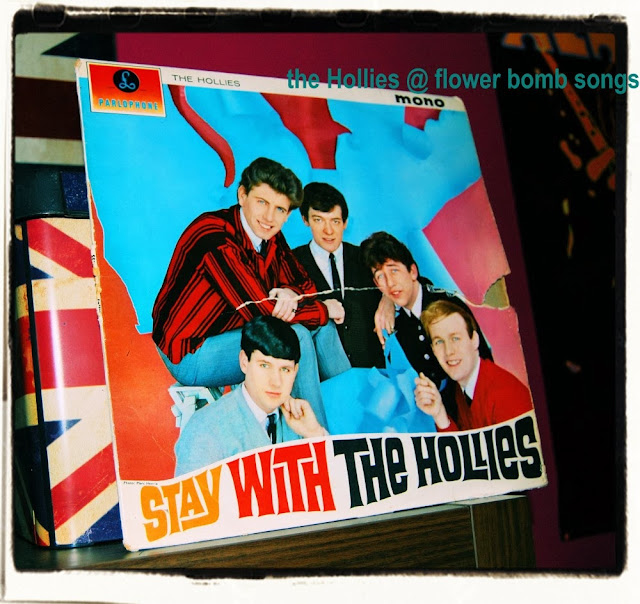 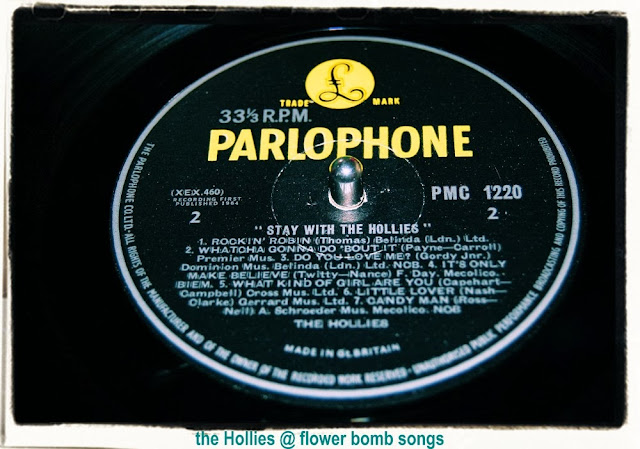 From The Hollies first album (January 1964) so it was most likely recorded in late 1963. Classic uptempo beat rocker which has quite a surprising hard edge. This is probably more like how they sounded at gigs during 63/64 period before they started recording pop songs. 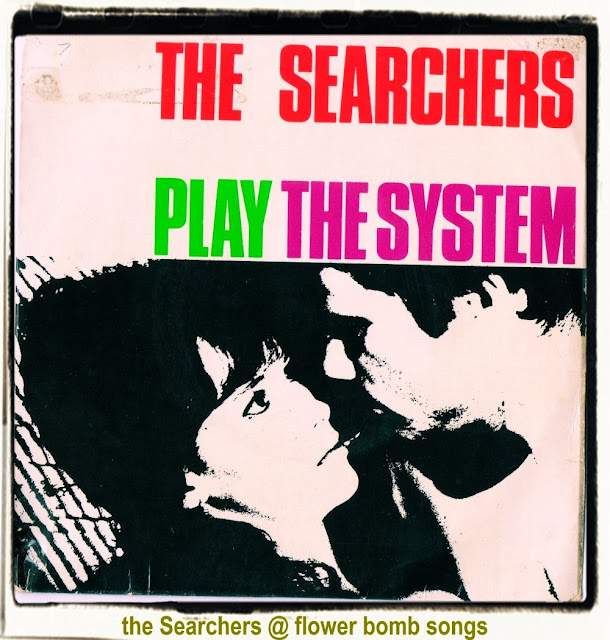 The Searchers recorded 'The System' for a film of the same title starring Oliver Reed. So it's a required disc for that beat tune, which was never on any of their albums.

Check out the trailer for the 1964 film "The System" on YouTube cos it's cool and very British... 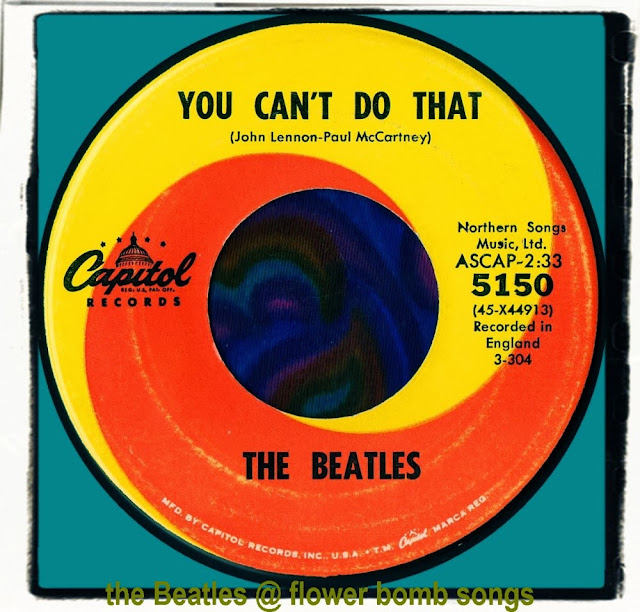 Two sided 45 of merseybeat rockers released on The Beatles American label, Capitol Records.
'You Can't Do That' was written by John Lennon and is seemingly about his jealousy towards a girl. 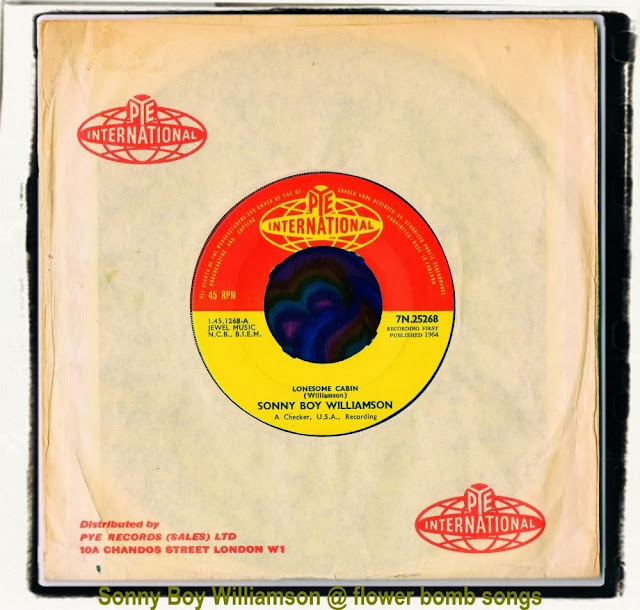 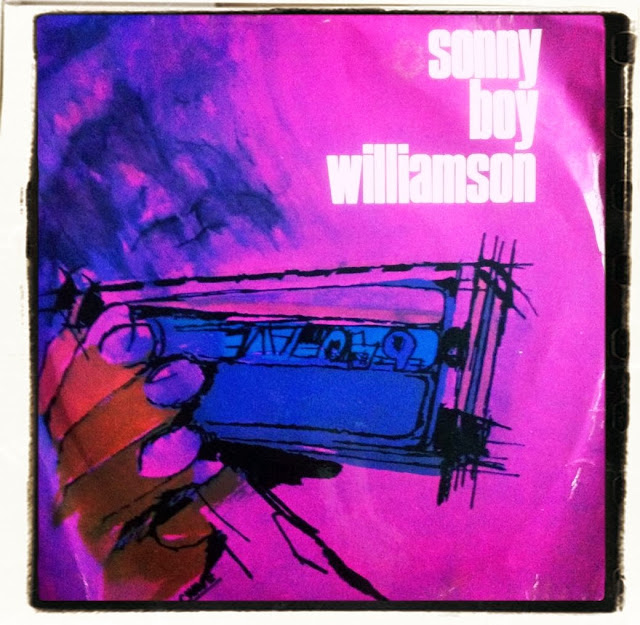 Some more blues, this time Sonny Boy Williamson...another record released during the month that I was born...coolsville... UK pic sleeve from Lenny Helsing. 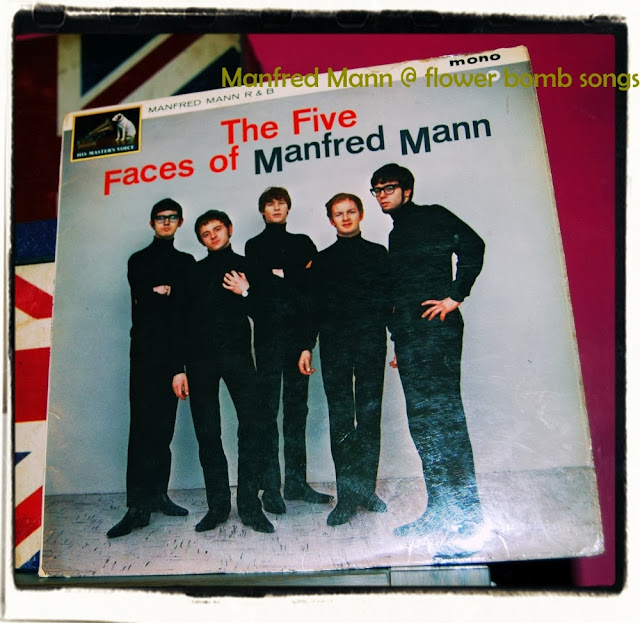 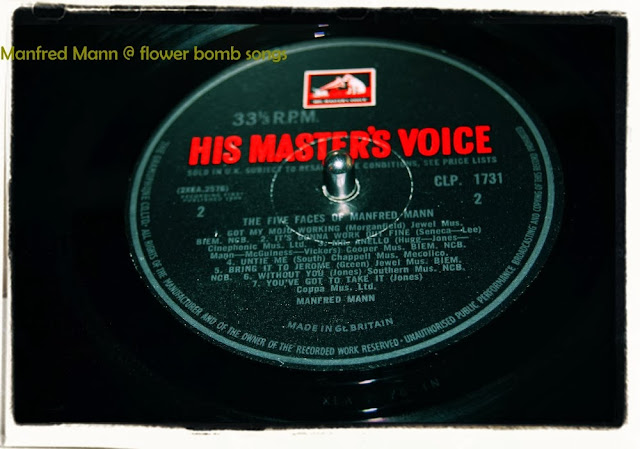 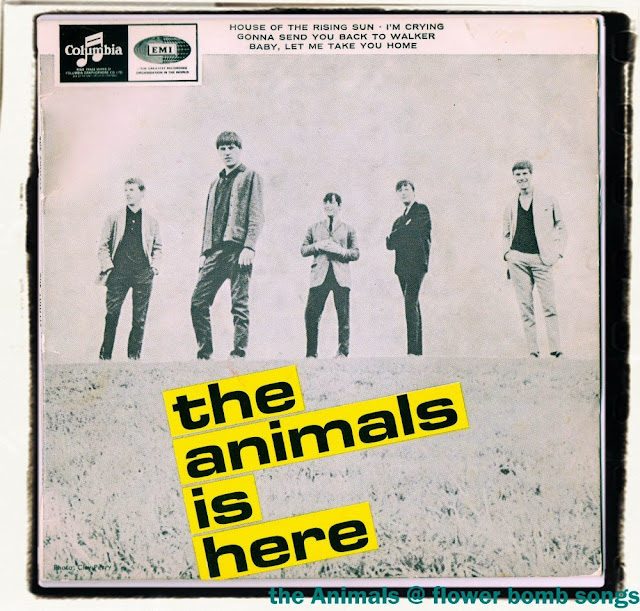 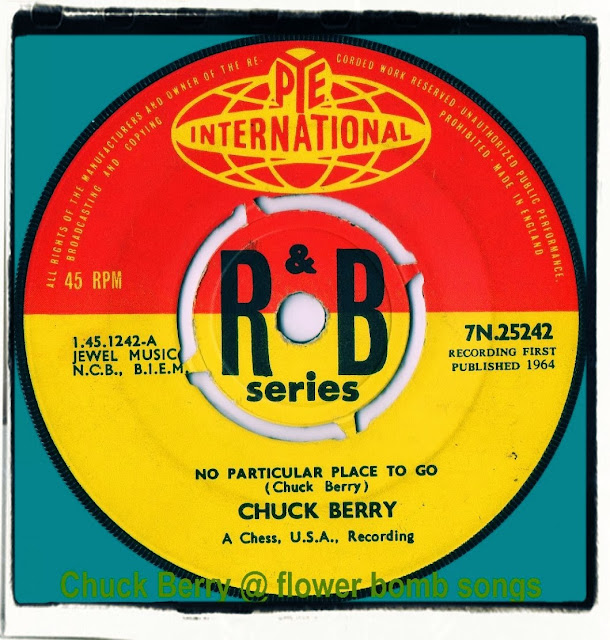 Time for a bit of Chuck Berry from 1964...those PYE International "R&B Series" 45s are just perfect.

Seek 'em out for some primal R&B from American artists that influenced virtually all of the hard beat and R&B English groups circa 1962/65.. 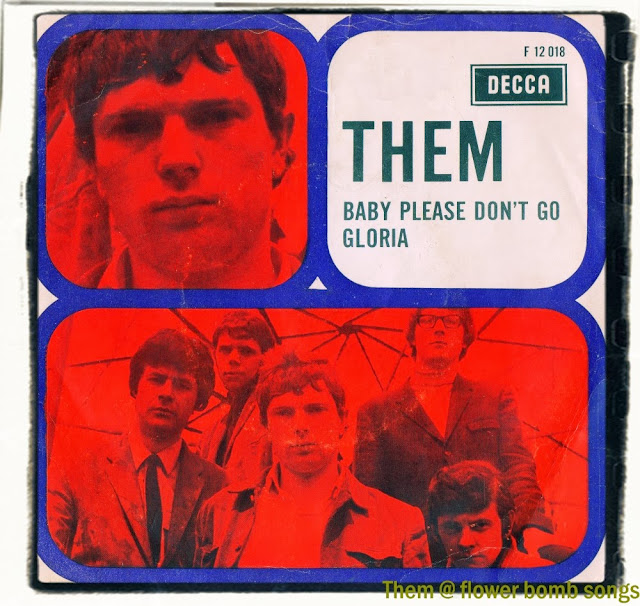 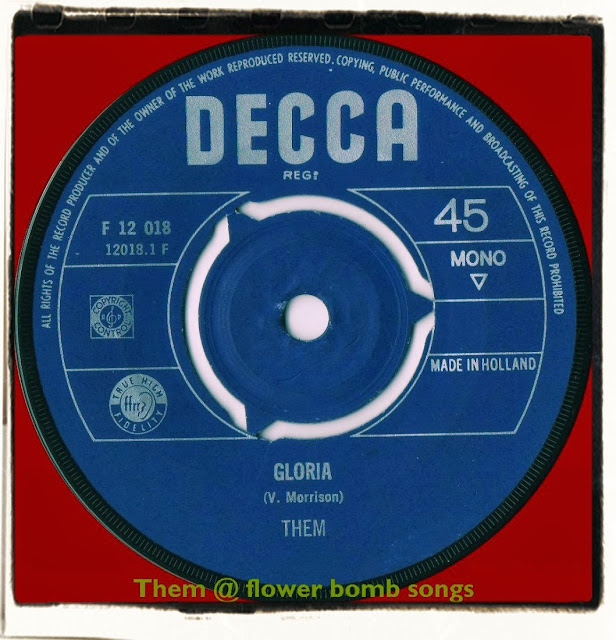 There is a video clip of Them on Ready Steady Go miming to 'Baby Please Don't Go' as recorded by Van and and the band with some session men including Jimmy Page on rhythm guitar. Them's Billy Harrison played the distinctive lead.

'Gloria' was Van Morrison's paean to teenage lust....the simple but hypnotic guitar riff was adopted by thousands of aspiring garage bands in America a couple of years later. 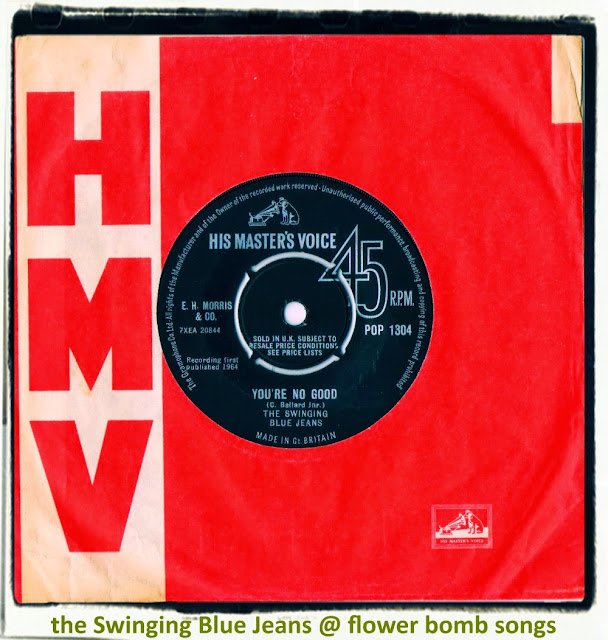 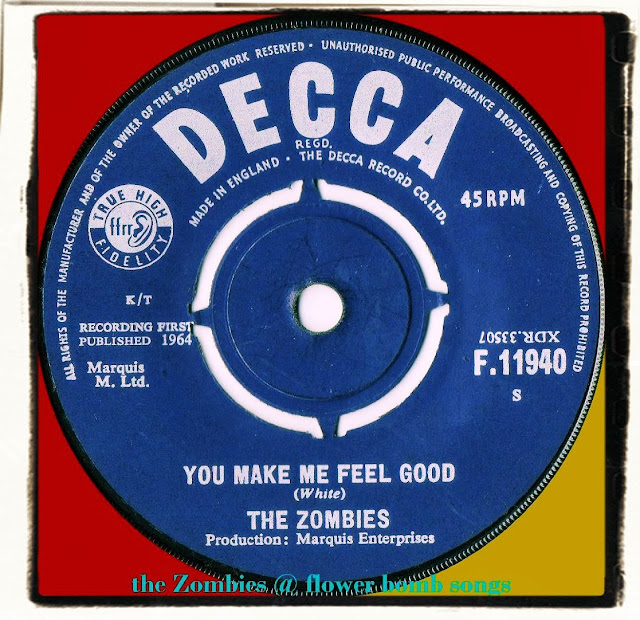 'You Make Me Feel Good' is the other side of the big hit 'She's Not There'...

Cool beat ballad, but long forgotten nowadays. Could have been a single in it's own right. 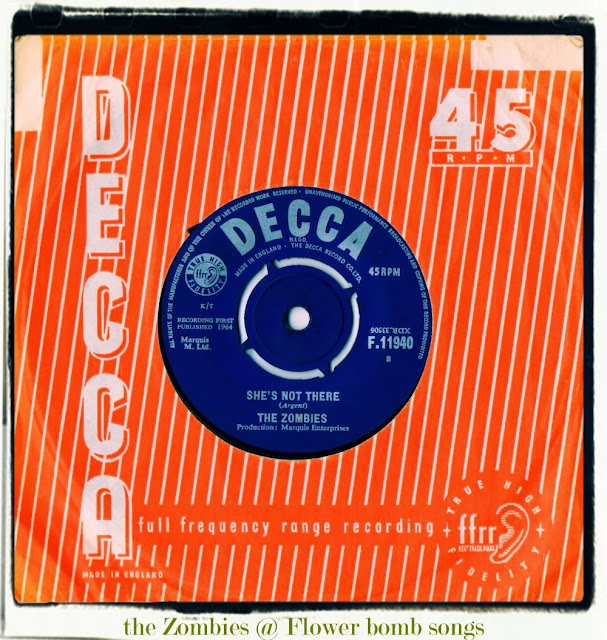 "A pounding medium pacer from new group The Zombies. The boys have a distinctive sound, with intriguing solo phrases by the lead singer, and attractive vocal blends in the unison passages.
The drummer and bassist are pretty solid, too. I'd have tipped it for a hit if the material was stronger. Even so, it must still stand a chance."