THE ROOSTERS - AN INTERVIEW WITH RAY MANGIGIAN 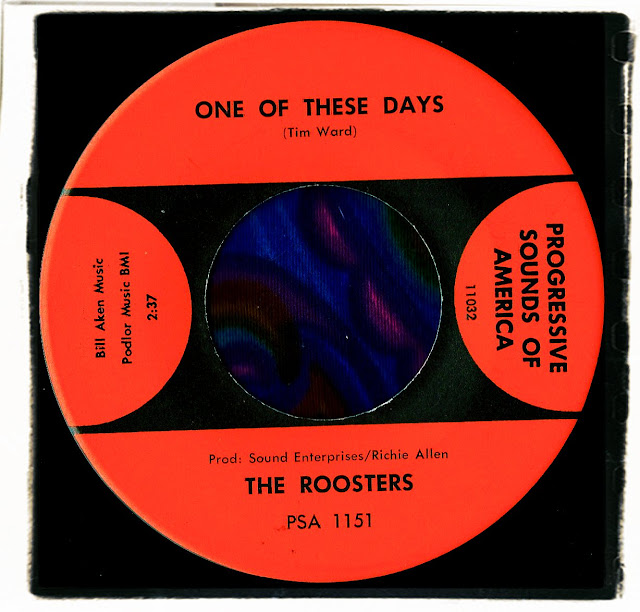 Ever since discovering records by The Byrds way back in the early 80s I've had an obsession with the 1965-1966 folk rock sound. Any music merging the Beatle beat with that distinctive 12 string jangle tends to prick up my ears and make my mind melt.

One of my favourite ever vinyl compilations is Highs In The Mid Sixties - Volume Two (sub-titled L.A. '66 Riot On Sunset Strip). This album contains truely GREAT 45s by Ken & The Fourth Dimension,
The Bees, The Satans, The No-Na-Mees, Opus 1 and of course The Roosters.

Indeed, The Roosters song 'One Of These Days' on the HITMS comp became such a huge favourite of mine that I wanted to know more about the band. Sadly, there was scant information available both in print or on the web and The Roosters remained something of an enigma.

Then a couple of years ago I bought the follow up 45 'Rosebush'/'Ain't Gonna Cry Anymore' and the seller included a newspaper clipping of the band. I had no proof of course that this was The Roosters but posted the pic on my blog along with a review of 'Rosebush' hoping that someone would crash land on my site and confirm one way or the other.

Fortunately for me Fred Barnett from The Love Exchange got in touch and said his band were local rivals of The Roosters and that he could even remember that one of the band was called Ray Mangigian. With this lead I tracked down Ray and was delighted when he agreed to answer some questions about his old band THE ROOSTERS!!!

We exchanged emails and Ray confirmed that the youngsters in the newspaper clipping were indeed The Roosters.

Ray Mangigian: "Yes, I was the lead singer on those singles as well as on 'Love Machine'
You got the names of the band members perfectly from that photo, and Tim Ward was our creative force, writing all of our original tunes from 1965 to 1968. The band in that form broke up in 1968 when Tim and Levitt were drafted into the US Army (both went to Viet Nam). The band with new guitarists stayed together through a couple of singles with Phillips, and toured for a bit with groups like Vanilla Fudge, and played with Iron Butterfly, the Rascals, etc."


'One Of These Days' also came in a vibrant green vinyl. I asked Ray about this but he had no recollection that it was available in such a colour. Thanks to Paul Martin for scanning both sides of his green copy of The Roosters record.


Q1. Where did the band hail from?


The band hailed from Westchester, California, a suburb of L.A. right next to LAX ( Los Angeles International Airport) and very near the coast.

Q2. How did you all get together? School pals?


Yep, we met at Junior High and High School.

Q3. What was the age of the members when you first formed the band and what year was this? 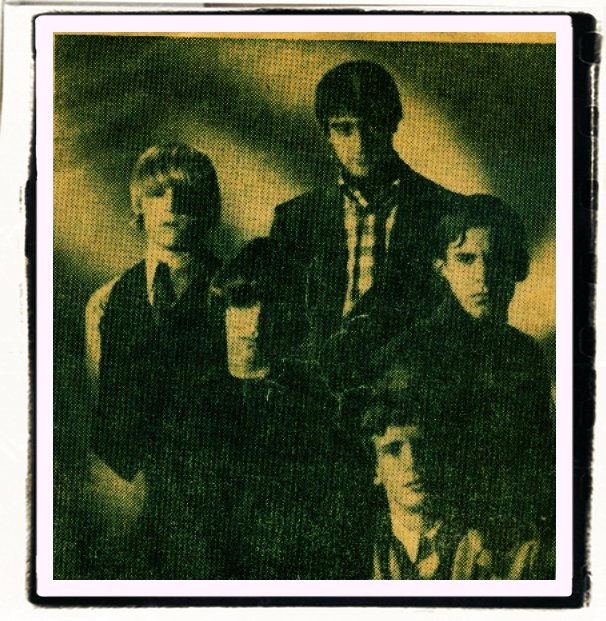 Q4. Who played what instrument?

Q5. Who were your main influences?

Our main influences at the time of the first recordings were Folk and
Roll groups like the Byrds and Turtles, and the Hollies (harmonies).

Q6. What studios were used to record the Roosters material?

Q7. How well did the first two Roosters 45s do? How many were pressed?


‘One Of These Days’, one of the band's favourites, was never released it was just a promo disc (not the best management and handlers). ‘Rosebush’ (our second) was a minor hit in California in cities like Santa Barbara and Fresno. It was also given a shot on the Dick Clark TV program at the time (1966). I know Tim Ward enjoyed royalty checks from ‘Rosebush’ for years, though he never let on their size!


Q8. Did the band get any reviews in magazines/papers at the time?


The band was reviewed in local Hollywood and LA papers...we often played on the Sunset Strip, especially at a place called Pandora's Box, which no longer exists. It was a venue for local groups including some who went on to some fame, such as The Seeds and others.

Q9. Where did that small newspaper clipping I've got of the band appear?


The newspaper clipping may have been from our home town of Westchester, a suburb of L.A.


Q10. Do any promo pictures of The Roosters exist?


There were promo photos, but none that I know the whereabouts of, unfortunately.


Q11. Tell me about the early gigs with the original line-up. Where did the band play, who did you support or share the bill with?


This was mid-sixties Hollywood and L.A....an exciting place to play. We played, as mentioned, on the Sunset Strip, at the Cheetah Club on the Venice Pier, supporting groups like The Doors, The Rascals, The Chambers Brothers, and Iron Butterfly. We also played weekly at a club in Redondo Beach called Reb Foster's Revelaire Club.

Reb Foster was a well-known DJ at LA radio station KRLA, one of the two big top-40 stations in LA at the time. We played Friday nights while The Crossfires, later to be The Turtles, played Saturday nights. Our most momentous night there was when we backed up (ie played the music for) Sonny and Cher. This was the height of their fame, and they arrived in the Club's parking lot by helicopter. We backed them to a huge crowd without ever rehearsing with them. Luckily, we knew and performed all their hits. Cher was 19 years old and Sonny was 23.


Q12. Have you got any other recollections about the early folk-rock period?


I may have already mentioned this in the earlier questions, but there was a smallish club on the Sunset Strip called Ciro's that had been a venue for the likes of Frank Sinatra, Tony Bennett, etc in an earlier era that became a rock club by the mid sixties. You could go there and see the likes of The Byrds and The Buffalo Springfield in their early days.


Q13. The later 45 for Philips 'Love Machine' was a decent sized hit in some parts of the USA. Was this a surprise?

We were "discovered" in 1967 while playing at the Cheetah Club by a pair of songwriters/producers one of whom was Jimmy Griffin, a member of the future group Bread, formed around 1970. We recorded a few of their songs, one of which was ‘Love Machine’ on Phillips Records.

It was released in about 30 cities and made it into the top 5 in about half of them, reaching #1 in Louisville, Kentucky. The record company sent us out on weekend tours to cities like Seattle, Washington and Dallas, Texas. We would play 2 or 3 venues a night...much fun. We played along with Vanilla Fudge in Texas, a great group from New York. 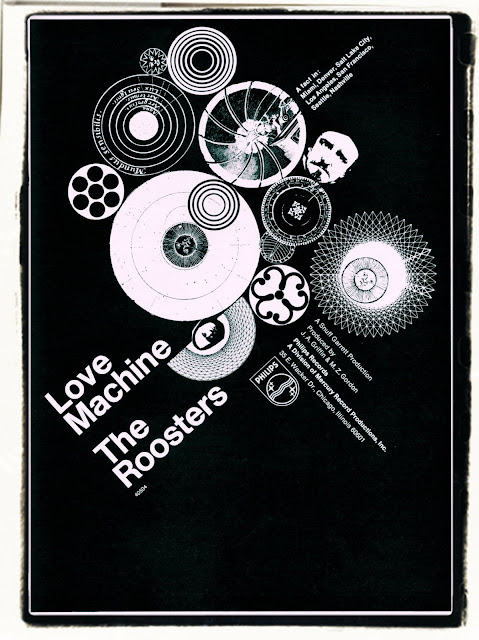 Q14. I haven't found any other Roosters records after this one. Did the band release a follow up 45?

We cut a follow up called ‘Home Down Right‘. Phillips Records told us that they would promote the record only if we were willing to tour full time. Since one of the band members was still in High School at the time, we said no, and that was the end of it for the band, fame-wise.

Q16. Did anyone go onto other bands after the demise of The Roosters?


All of us played in bands after that. Two of us, Floyd Fletcher and I played in a local group called Charity 1968-70. We had an album called Charity Now, cut in 1969, and played a huge rock festival at Devonshire Downs in the San Fernando Valley, north of L.A. called Newport 69. We were one of a small number of local acts who played, along with Steppenwolf, Jimi Hendrix, Eric Burdon, Janice Joplin, and many others.

Floyd Fletcher went on to back a singer named John Manning who recorded albums and toured the US for a time. As for me, I'm presently playing in a band composed mostly of practicing dentists, called Open Wide, playing at county fairs, clubs, concerts in the park, etc. Nothing major, just fun (www.OpenWideBand.com).

The second 45 by The Roosters showed that they were still folk rock pioneers but the Enith release was something more progressive. 'Ain't Gonna Cry Anymore' is more aggresive than before. Faster paced with classy 'put-down' lyrics....'Rosebush' is another jangle and tambourine fest of coolness....


Very interesting read. I have the 'One of these days' 45, it's easily one of my favourites. Very happy to be able to read this interview. Thanks for posting it and thank you Ray for sharing your memories and
recording the music back then. (Jingle Jangle Mourning)


GREAT job getting the scoop on The Roosters.  It's nice to finally learn more about the band.  They've been on my "must find" list for quite awhile. (Mike Dugo)

True Story: PROGRESSIVE SOUNDS OF AMERICA was ram-rodded by my dad, rocker ZANE ASHTON, who believed in the band when nobody else would listen. Zane was the one that Richie Podolor called to get the record released. For those who don't know, Richie also produced "Three Dog Night." Dad still has some of the promo material that was put together including Record World Magazine Ad that says "Roosters Don't Lay Eggs..They Hatch Hits.." It was a wild time...

Sorry.. forgot to mention ...Also, if you study the label you will see
publishing by Bill Aken Music. That was my Dad's real name. Zane Ashton
was his stage name. (Anon) 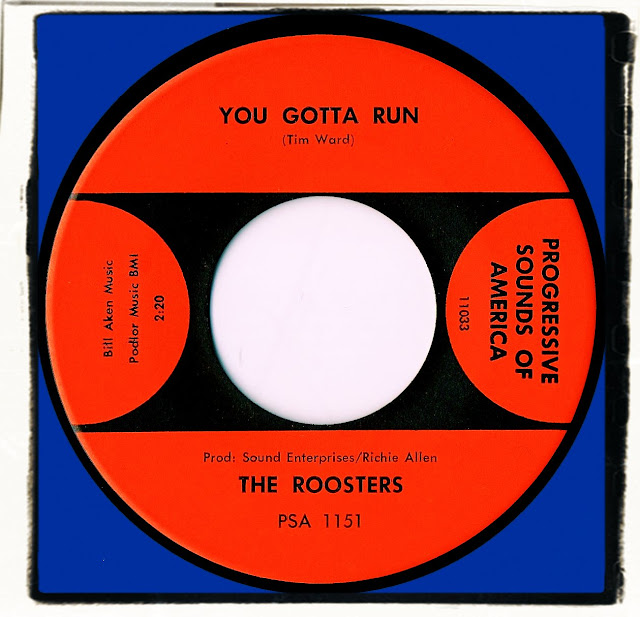 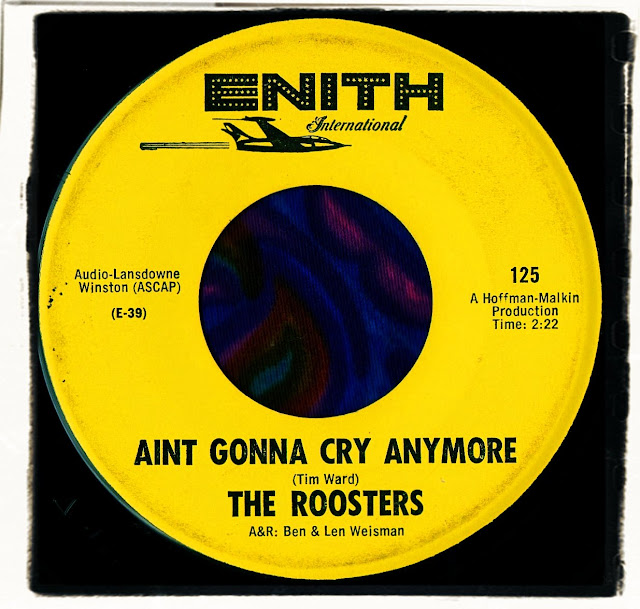 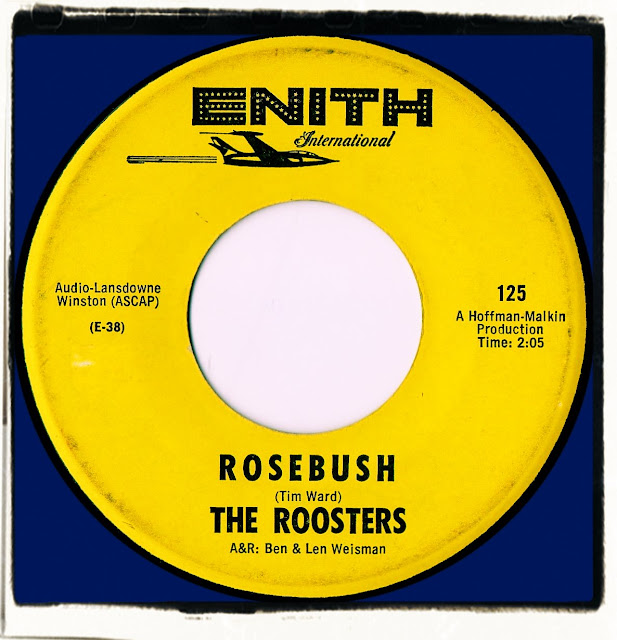 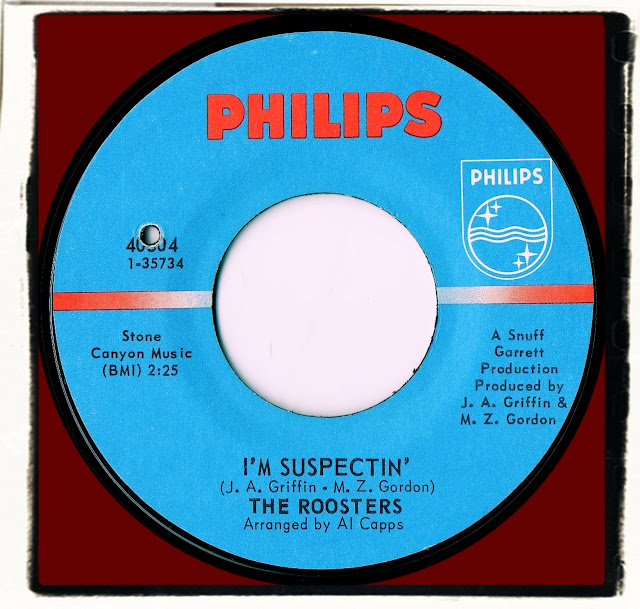 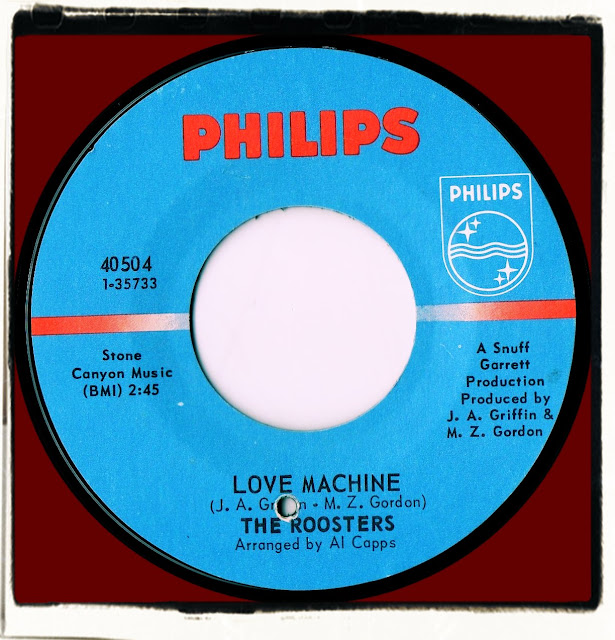