FEDERAL DUCK - CIRCUS IN THE SEA 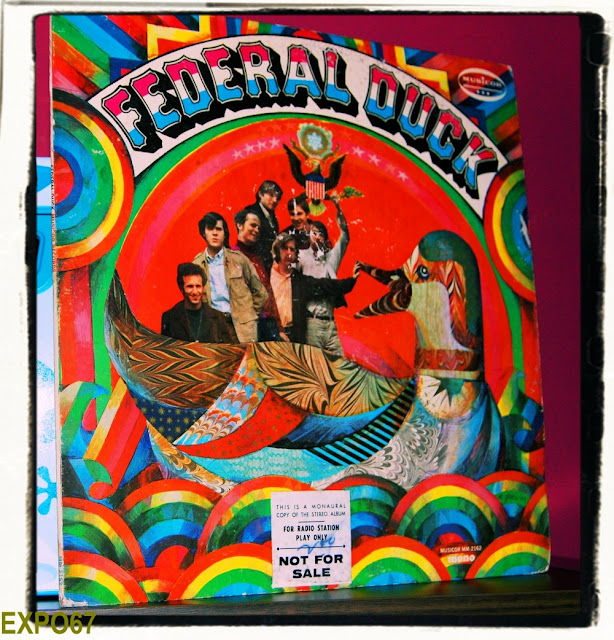 This is a fine album by a group of students from Pennsylvania that mixes elements of jazz, country and '68 style progressive psychedelia. They never did have any singles released from the album as a promotional taster, so when it was released it no doubt went under the radar as very little seems to have been written about Federal Duck.

Musicor were a newish label based in New York and I found a clipping from Billboard confirming that they had moved into the rock group field after some years of releasing safe MOR. Federal Duck recorded their album at Groove Sound Studios, NYC.

'Circus In The Sea' closes the album and is a quirky piece of psychedelia notable for it's fairground noise intro. Most of the material was written by George Stavis. 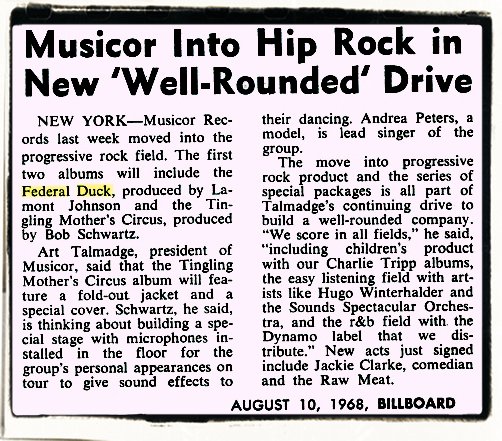