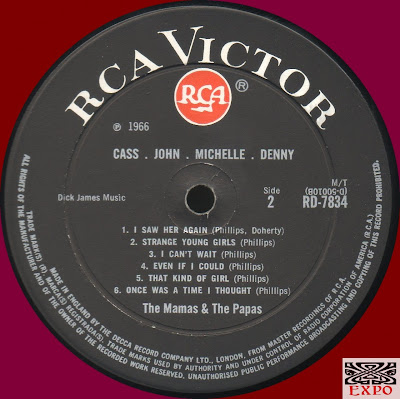 THE MAMAS & the PAPAS - 'Strange Young Girls' (RCA Victor RD-7834) September 1966
The Mamas & the Papas were the commercial face of the Los Angeles male/female vocal outfits and popularized the harmony folk rock and sunshine pop sounds from that region. Their popularity has probably meant that many underground 60s aficionado's have snobbishly overlooked their greatness because songs like 'Monday Monday' and 'California Dreamin' are probably fixtures on Oldies Radio (I'm guessing this is so because I've never listened to the radio since the mid 80s)

Take the sublime psychedelic folk of 'Strange Young Girls' for instance. It's a brilliant observation of the sights, sounds and LSD on the Sunset Strip in 1966 and it would surely garner plaudits had it been recorded by more hip male/female vocal groups....too many to mention but you'll all know where it's at.


Check out these lyrics:
"Walking the strip
Sweet, soft and placid
Offering their youth
On the altar of acid."
"Colors surround them
Bejeweling their hair;
Visions astound them,
Demanding their share."
'Strange Young Girls' can be found on The Mamas & the Papas second studio album recorded during the Summer of  '66. Instrumentation was provided by Hollywood's elite session musicians. Hal Blaine (drums), Larry Knechtel (organ) and Joe Osborne (bass). 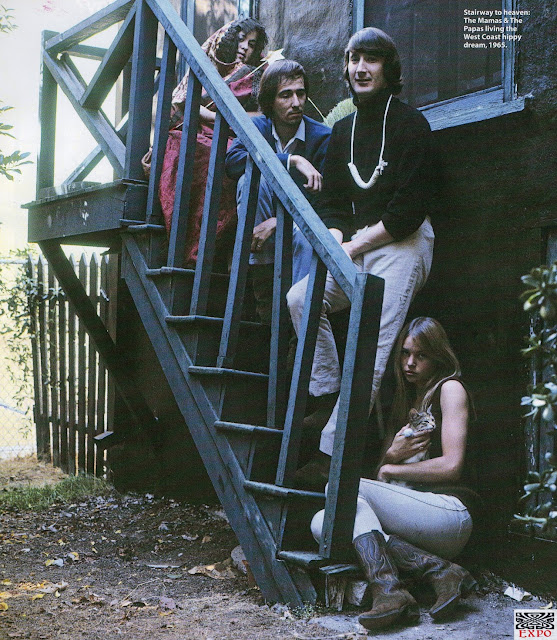