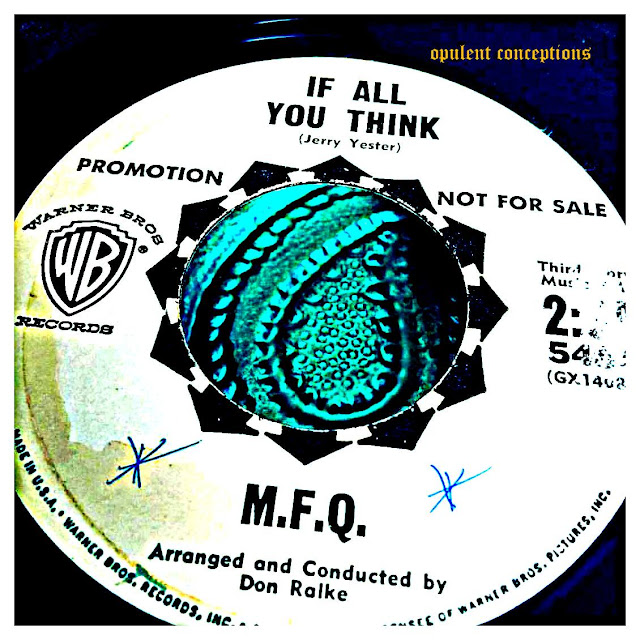 The Modern Folk Quartet were a group of pre Beatlemania folkies that formed in Honolulu but relocated to Los Angeles sometime in early 1963. Their popularity rose among the folk crowd and two albums followed on Warner Bros (I've not heard these). By late '64 they were simply called M.F.Q. and had a more electric folk sound.

The sublime 'If All You Think' sounds like a proto-type Association with some great harmonies and an arrangement from Don Ralke that I consider to be ahead of it's time. Songwriter Jerry Yester was a well known face in Hollywood during this time and would later join The Lovin' Spoonful when M.F.Q. disbanded in 1966.