THE SUNSHINE COMPANY - BACK ON THE STREET AGAIN 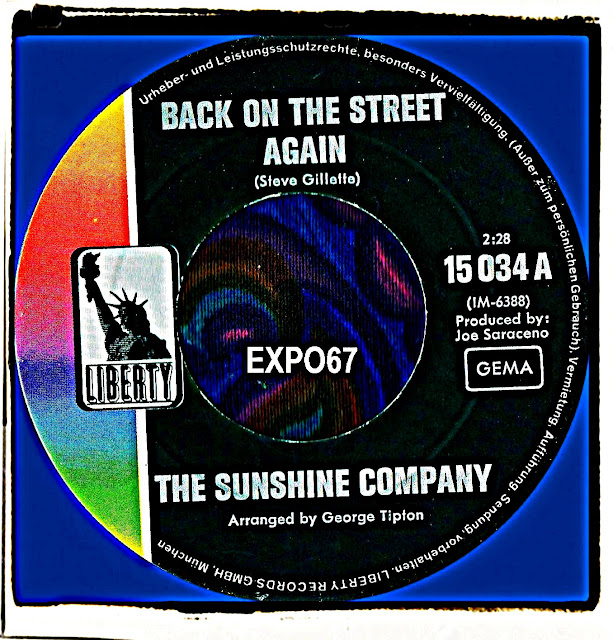 The phrase sunshine pop couldn't be any more apt to describe the lyte flower power sounds of the classic 'Back On The Street Again'.... The Sunshine Company formed in Los Angeles during 1967 and combined their soft vocal harmonies with the folk rock sound to produce two and a bit minutes of perfect harmony pop.
You may note that this German release is an edited version with a faded outro.

Comparisons with The Mamas And The Papas were inevitable but the group were quick to distance themselves from that outfit during an interview with KRLA Beat.


"I think the comparison is valid only in the fact that both of us are vocal groups. But then - it's not really that either, because we do our own instrumentals all the time, and they have a band behind them. I think we've got our own thing and it's different."

'Back On The Streets Again' was a hit and work poured in. They appeared on TV Shows Joey Bishop, Woody Woodbury and The Laugh In. Maybe one day tapes of these performances will show up on You Tube.
The Sunshine Company also recorded a vocal backing for a Clairol TV Commercial.

Compilation appearances have been rare (they won't appeal to the fuzz and farfisa crowd) but this song surfaced on Nuggets Volume 10 (Rhino Records) back in the mid 80s.

Guitarist Douglas Mark was previously a member of The Grains Of Sand. 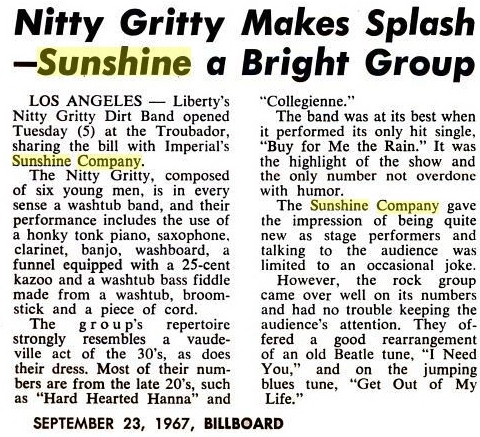 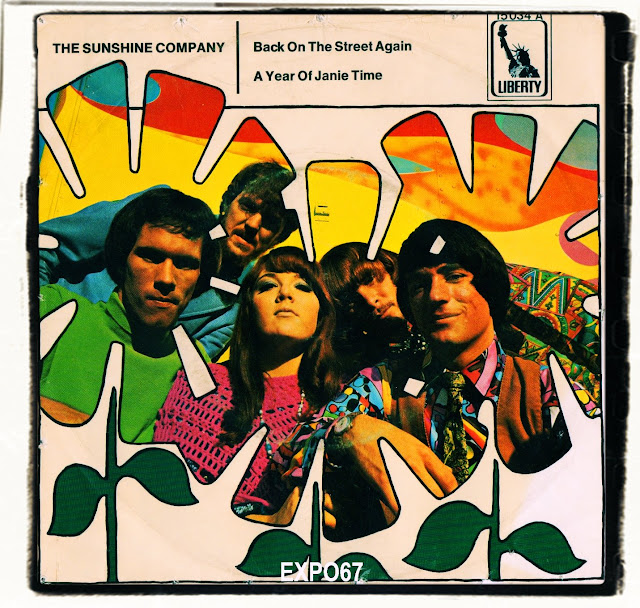