THE NOVA LOCAL - IF YOU ONLY HAD THE TIME 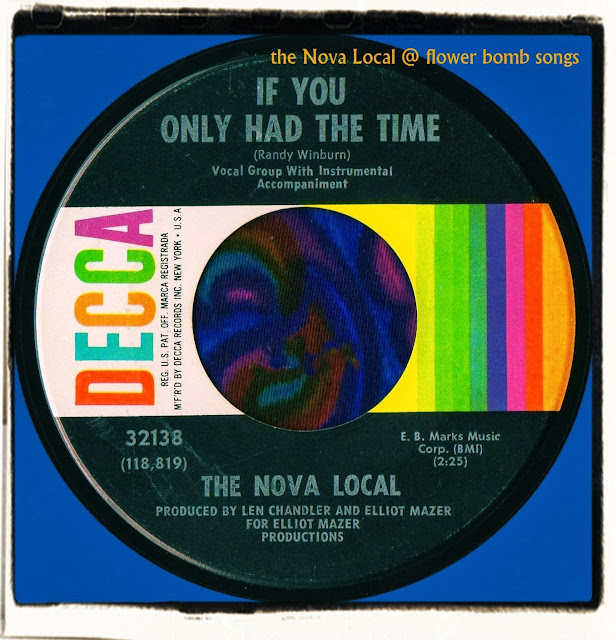 Decca Records had a lot of faith in teenage group The Nova Local offering them an album deal and taking out a full page colour advert in Billboard trade magazine in May 1967. A couple of singles were also released, 'If You Only Had The Time' is on the long player but the flip 'Games' is not.

By all accounts the group formed at Chapel Hill College in North Caroline and quickly established themselves on the local circuit but outside of NC they were virtually unknown.

'If You Only Had The Time' is a delightful pop psych tune written and sung by Randy Winburn who now goes by the name Rand Winburn.


THE NOVA LOCAL - If You Only Had The Time 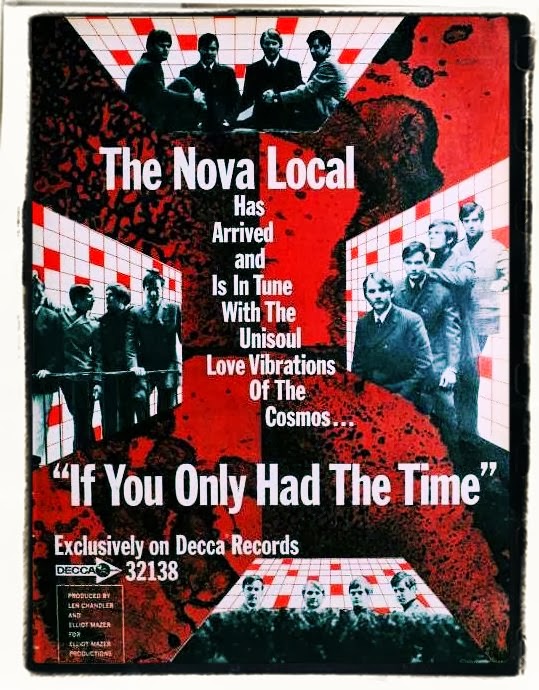 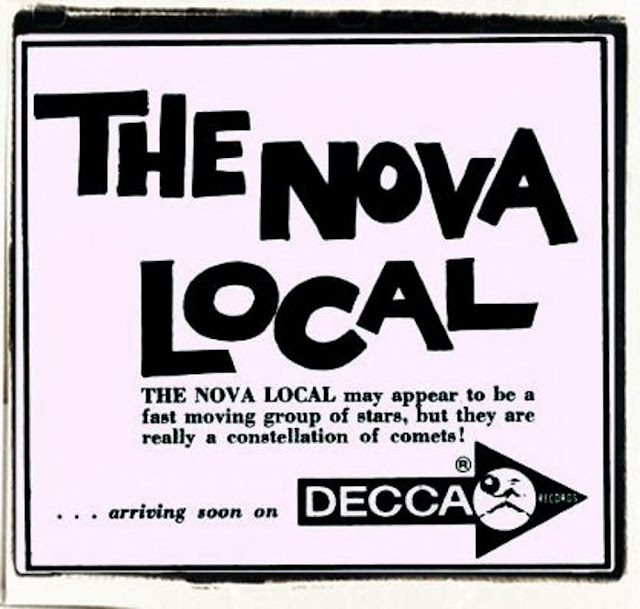