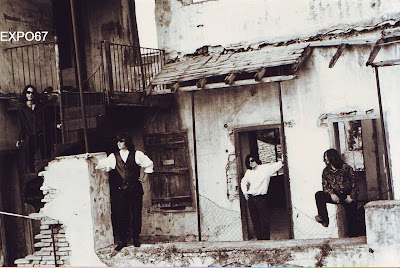 I first became aware of Athens band The Sound Explosion in the mid 90s when I bought their album 'The Strange Sounds Of The Sound Explosion' released on the German record label Music Maniac.
At the time Music Maniac were one of the few labels in the 90s releasing full albums by neo garage and psych bands from around the world under the banner of 'Teen Trash'. They also put out discs by The Fuzztones, The 99th Floor, The Jaybirds, The Others and The Ace Tones amongst others.

I was immediately blown away by the authenticity of the 60s garage sound The Sound Explosion had with the important added ingredient of an influence from early 80s scenesters like The Chesterfield Kings and Lyres. This Greek band really kicked ass with their mix of 60s/80s and I immediately became a massive fan. 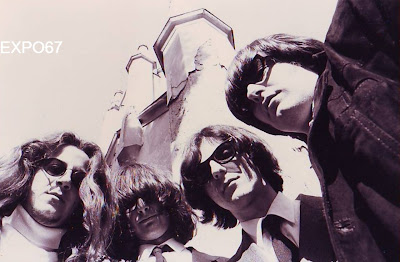 Not only did The Sound Explosion have the sound I craved they also used vintage equipment and had a fabulous image. Good looking garage bands rarely exist. They all must have been a big hit with the girls! For the first time in years I had found a band still going that I could really 'connect' with if you know what I mean. I made it my mission to track down their singles.
Trouble was all of their 45s had passed me by and I was living in a pre internet world and these discs were impossible to find. Sadly I had to soldier on without the singles for years to come..
When I finally got a home PC and internet connection in 1998 I began to search the world for my 'wants' and The Sound Explosion debut 'Hangover Baby' was high on my list. I joined a few yahoo groups and made pals with a fellow from Greece called John. At this point in time I didn't realise that John was infact John Alexopoulos, the singer/songwriter and band leader from The Sound Explosion. 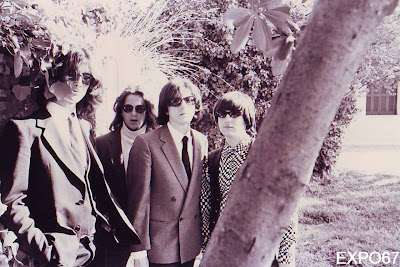 Now John has NO ego whatsoever and is NO big shot fancy dan who boasts about his time in one of the best bands ever to come out of Greece. It took him months before he even admited to me that it was his band I so admired. To this day he still doesn't think anyone will be interested in his band or story.
Fortunately, I managed to convince John otherwise and he has kindly given me his thoughts about the early years of The Sound Explosion in particular my main interest being the 45 'Hangover Baby'....surely one of the very best neo garage band debut singles ever. Last year I managed to track down a mint copy from a seller in USA for $25.....It remains one of my most played records of all time and is a vital addition to my record collection.

Most of the photographs that I will use in future Sound Explosion entries are promo band shots, gig pictures and candid studio shots sent to me by John. I have his permission to use these. Many of them are from his own archives and have never been published before. So it's a real scoop for my blog 'Flower Bomb Songs' 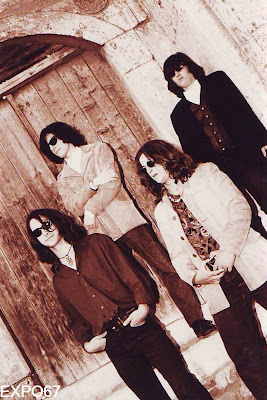 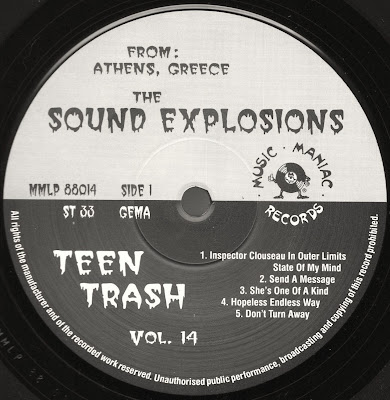 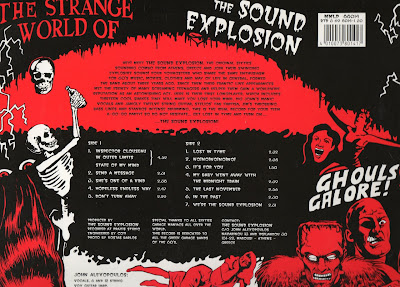