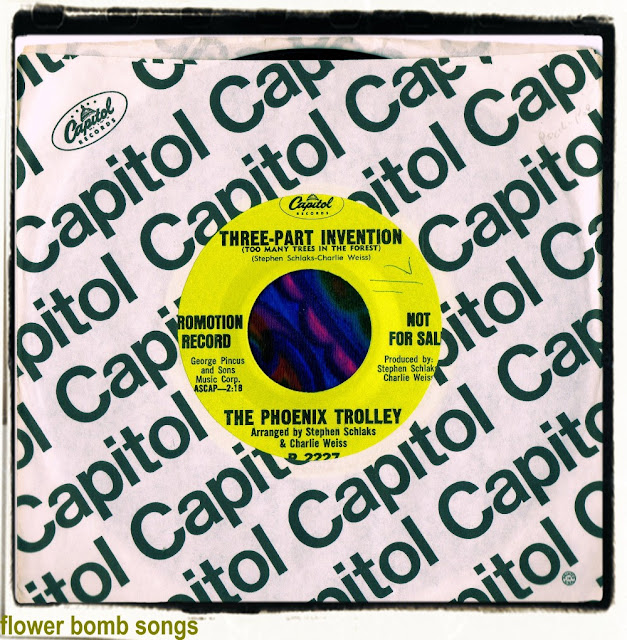 This outfit were probably a studio creation or songwriters Stephen Schlaks and Charlie Weiss backed with Capitol session players. I've did some digging and Schlaks and Weiss wrote several songs together although very few seem to have been recorded by bands 'Flower Bomb Songs' is interested in.

I can confirm that English band The Escorts recorded their song 'The One To Cry' in 1964 and it was infact released as their second single. Schlaks also co-wrote 'Your Maw Said You Cried' recorded by The Turtles on their 1965 LP 'It Ain't Me Babe'.

Anyway, back to The Phoenix Trolley. 'When Charlie's Doin' His Thing' is classic harmony sunshine pop that reminds me an awful lot of Sagittarius. 'Three Part Invention' (Too Many Trees In The Forest) is an intense and sophisticated acid trip with harmonies, studio effects and the constant refrain 'too many trees in  the forest'.....file under essential!