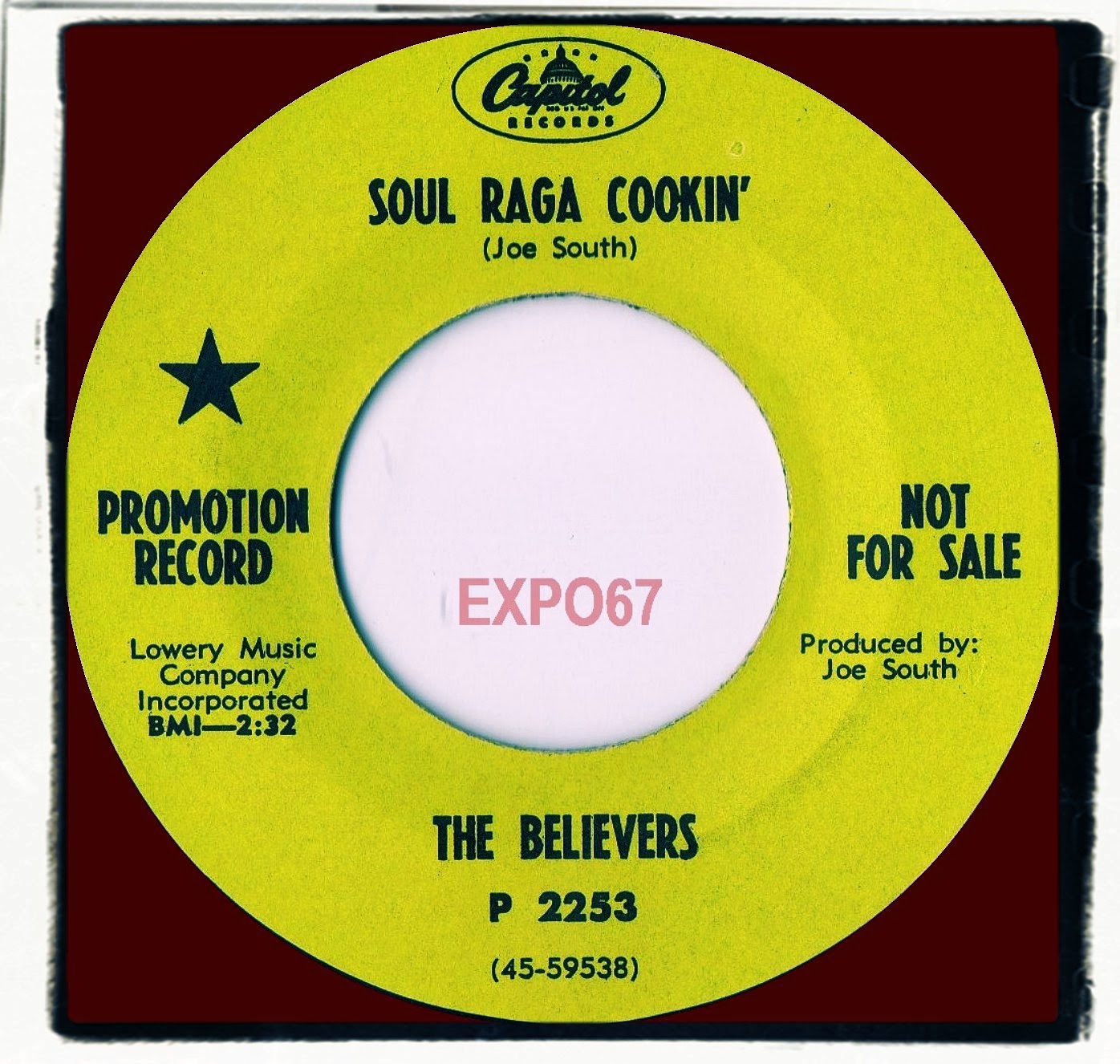 Both sides of this 'psych exploitation' 45 were written and produced by Joe South. It's more than likely that these raga instros were indeed solely the work of South but the record was released as by The Believers (maybe for contractual reasons).

'Soul Raga Cookin' and 'Soul Raga Simmerin' are virtually the same but the latter is a much slower version (hence the 'simmerin' in the title). It's also evident if you listen to Joe South's song 'Hole In Your Soul' from his solo album 'Games People Play' that 'Soul Raga Cookin' evolved into that song. The tempo and 'sitar' sounding guitar are the same.