I tend to spend my spare cash on vinyl (mostly originals from the 60s) but in 2008 I bought 10 CDs including British psych compilations 'A Glass Menagerie' on RPM, 'Insane Times' on EMI off-shoot Zonophone.

My favourite though is a Gene Vincent release titled 'Born To Be A Rollin' Stone' on Rev-Ola. This CD comprises the Challenge Sessions 1966-68 and he has his sound re-invented for the times as an L.A. folk/country rocker. 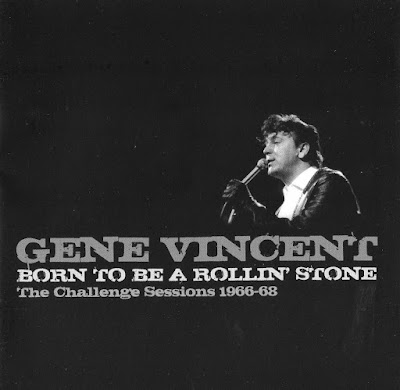 My best vinyl album purchase was easily a copy of Country Joe and the Fish 'Electric Music For The Mind And Body' on Vanguard. This comes on 180 gram vinyl and looks & sounds fantastic in it's stereo glory.
Many years ago I sold my mono copy of this in favour of those new fangled CDs. I soon realised that the CD sounded shit and regretted my stupidity. (hell it was the early 90s and everyone thought that CDs were the way to go).

I've probably spent close to £4,000 on 60s 45s this year and acquired many greats to add to my collection but out of them all my biggest surprise was a couple of bootlegged singles I bought as a test. The series is called 'Garage Greats' and are put out by a wealthy garage punk collector here in England.

Nameless garage nazis slagged these off mercilessly on some Forum but I never listen to anyone I don't repect and after reading good reviews of these bootlegs in Record Collector magazine and Shindig I decided to make a purchase.
Thankfully the ones I bought sound and look excelent. So I'll be buying more of these and at £6 a record it's a pretty good deal.

The best book I bought in 2008 is the mighty 'So You Want To Be A Rock 'n' Roll Star' documenting The Byrds day by day 1965-1973. When I first opened this tome I was speechless. If you dig The Byrds you gotta get this....AWESOME. 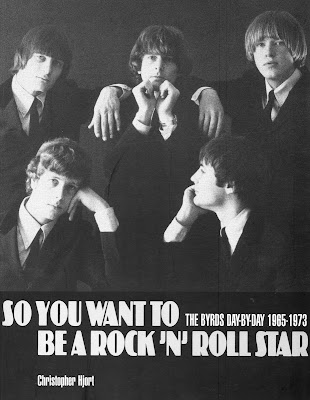