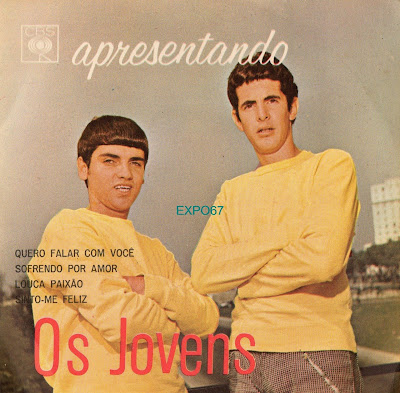 This duo comprising Francisco Fraga and Joao Jose were from Brazil and sang in their native language of Portuguese. On this '65 EP they are backed by a band called The Blue Caps.

All songs contained on this disc is good beat, they recorded much more dynamic and punky songs on their 1967 album....but if you dig the 'English Sound' made by Brazilians you gotta get this record. Two of the songs 'I'll Never Know' (Sofrendo Por Amor) and 'Hurting Inside' (Louca Paixao) are Dave Clark Five covers.
For me though the stand out beat is the original 'Sinto-Me Feliz' written by Francisco Fraga. 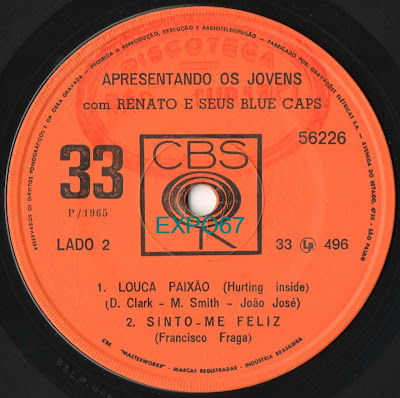