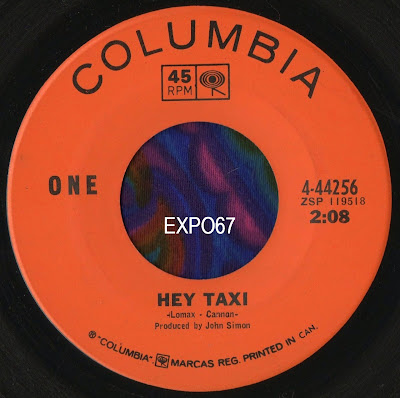 This is a great double sider and relatively unknown. 'Hey Taxi' was co-written by Jackie Lomax who was lead singer with an early 60s beat outfit from Liverpool called The Undertakers.
They made their way to America following the 'Brit Invasion' but disbanded soon after the tour ended.

Band members Jackie Lomax and drummer Bugs Pemberton remained in New York and quickly formed another band with Tom Cacetta on bass and John Cannon on guitar. They called themselves The Lomax Alliance.

'Hey Taxi' and 'Enter My World' were recorded sometime in '67. It has been reported that there are other songs from these Columbia sessions but they've never been released.
Before this 45 was released Jackie Lomax split but the others decided to carry on renaming themselves One.

The producer on this record John Simon also worked with The Guilloteens when they signed to Columbia. 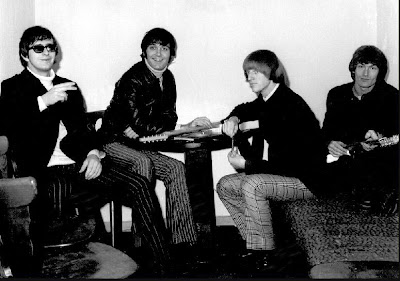 The Lomax Alliance pictured in 1966
Columbia Jackie Lomax One