HOPPI and the BEAU HEEMS - WHEN I GET HOME 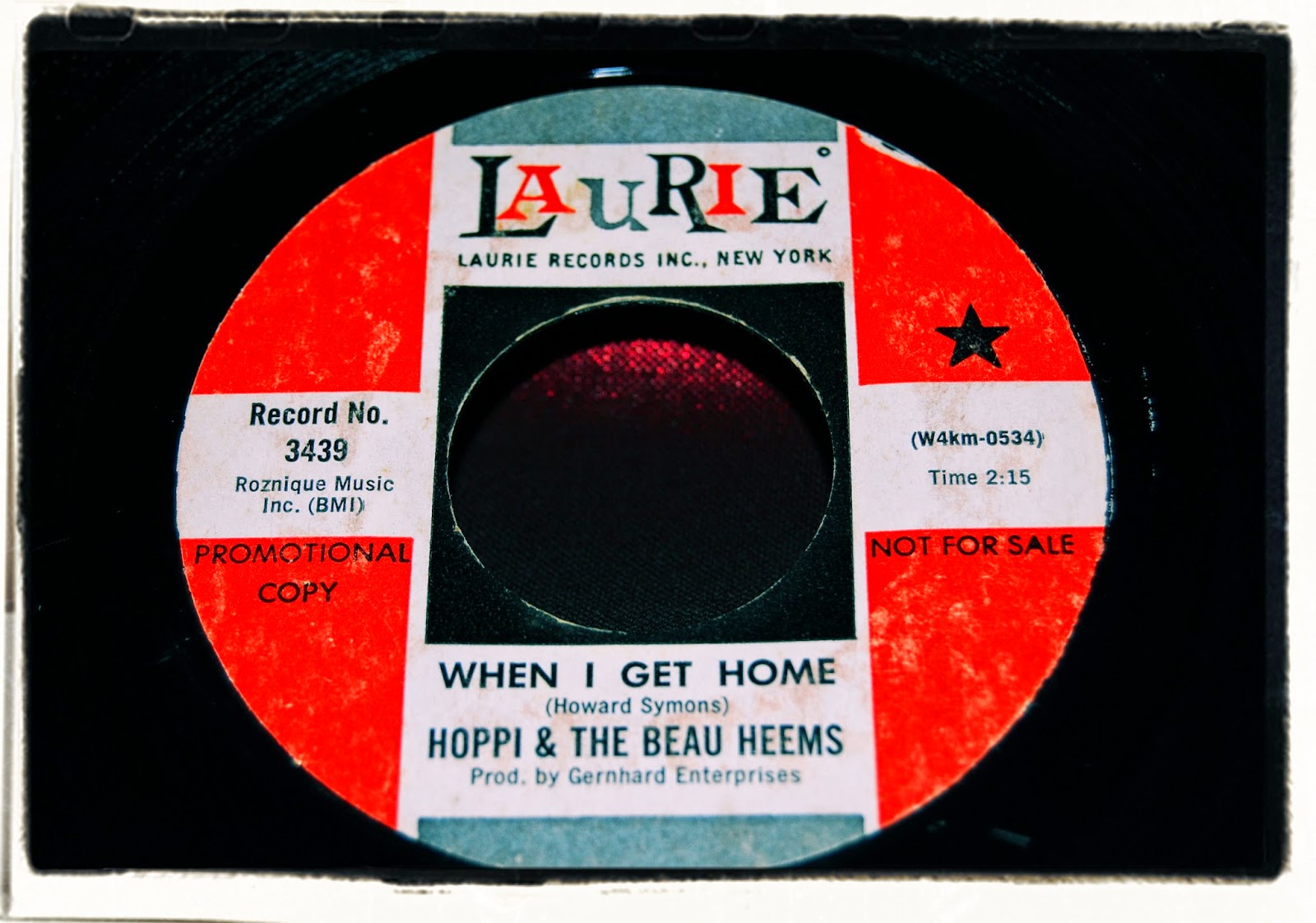 Hoppi and the Beau Heems were are short lived band from Tampa, Florida. Their first single at the back end of 1967 was 'I Missed My Cloud' backed with 'So Hard' on Laurie 3411 or was 'So Hard' the plug side? Who knows, because 'So Hard' was released again as the B-Side of 'When I Get Home' in 1968.

This record also got a release in France with a picture sleeve. Both songs are good pop garage but maybe their best song was 'I Missed My Cloud' which is a cheeky re-write of '96 Tears'.

Also of interest is a four song Mexican EP released on Gamma Records. This record contains cover versions of 'I'm Not Your Stepping Stone' and 'Don't Let The Sun Catch You Crying.'