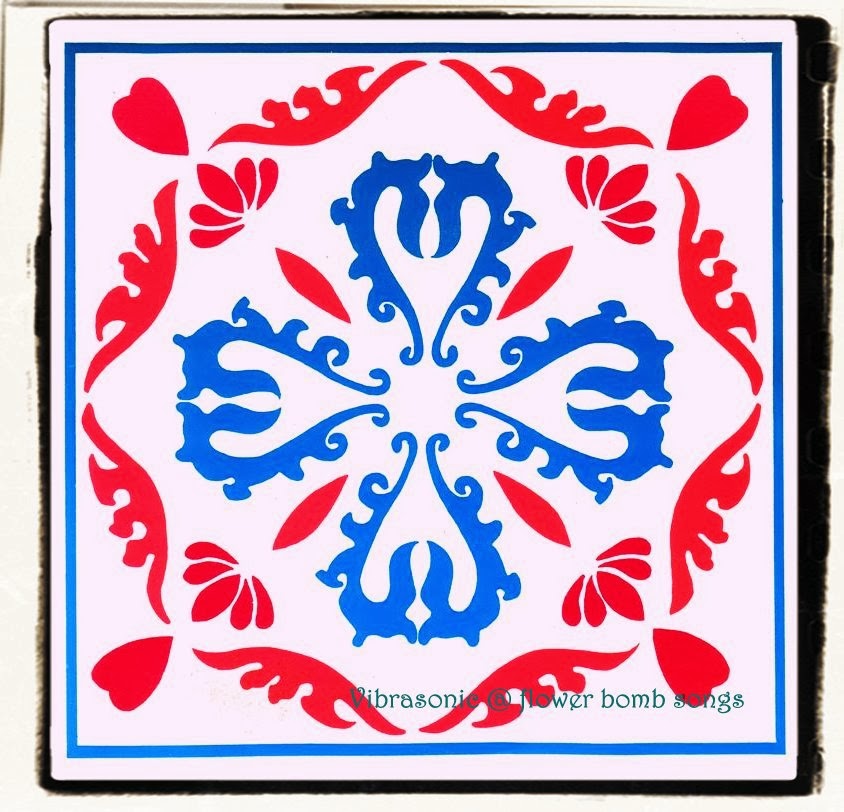 Both sides of this record are trippy mind blowers with fuzz, sitar, distortion and eerie sound effects. I'm amazed that a band could get this sort of sound in 1991 when it was recorded.

The Vibrasonic were just two English musicians, Victor K. Fitch and Simon Paul Jones although the strangely named Dr Daryl Bowers played organ on 'The Unloved Insane'....
This is psychedelia of the highest order.