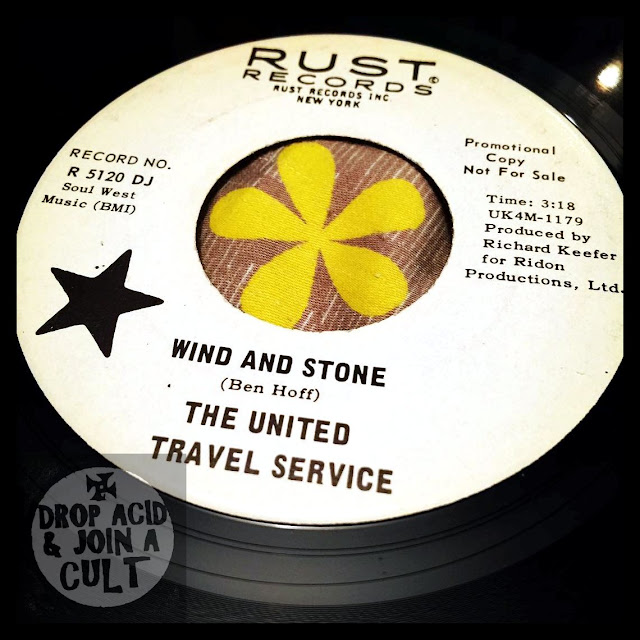 
The suggested location for this band was Portland, OR ....

The United Travel Service may be my favourite 60s group never to have made an album. This is an injustice because over the four sides on these two 45s songwriter Ben Hoff certainly laid down killer psychedelic folk tunes. The high quality on offer makes me certain they had enough in their repertoire to make a classic psychedelic LP.
To my ears The United Travel Service sound just like 'Younger Than Yesterday' period Byrds although a lot more rawer and less polished but still displaying that Byrdsian raga rock sound and jangle...

All four cuts were produced by Rick Keefer who also worked with The New Tweedy Brothers and Sound Vendor. If anyone knows anything about this cool outfit be sure to let me know....

Dave Mathew got in touch about this obscure outfit. I love it when more details are gathered adding 'missing' pieces in the jigsaw before all is forgotten:


Hi.
I played bass with United Travel Service in the fall and winter of 1967. At that time, the band was based in Corvallis, Oregon where at least a couple of us were students. We made a field trip to Portland to record with Rick Keefer in a dentist's basement. I honestly don't remember what tunes we did, except that I sang "Mister You're A Better Man Than I" for a B-side, and was chided by Rick for faking an English accent. The basement belonged to a dentist who dabbled in recording and had a home-made 3-projector 16-mm Cinerama setup in his basement. This was also the studio (I DO remember the tape recorder: I went on into pro recording and later knew it was an Ampex 300

I will dig thru old photos and notes to see if I have any other info. My memory for such things is terrible, and my stay with the band was brief. I don't know their story before or after. Other members at the time were Steve Bennett and Dale Sweetland, I think. I'm still in Oregon and maybe I can scare up some more information. Let me know if you hear more.

I never got a record, even from the session I was on. Oh well.
All the best,
Dave Mathew
This was a band that had several national releases back in the 60’s mainly consisting of protest psychedelic music and long jams, we did college concerts up and down the west coast,the band consisted of Ben Hoff,guitar and vocals, John Reeves 12 string guitar, Ray Doren,bass, and Dale Sweetland, drums. The band originated in Portland,OR and did several concerts on the West Coast, one with The Doors (yes, the real Doors). Ben wrote some books that ended up on the New York Times Best Seller list, Dale is currently playing in Las Vegas with a band called Jerry Tiffe http://www.jerrytiffe.com/ , John Reeves is living quietly in Redmond, WA, and Ray lives in Madras,Oregon. Dale played with Doc Severenson, Chase (Get it on in the morning), Sante Fe (nationally recognized number one New Country band in 1998, Eddie Mcketa http://www.edmcketa.com/ internationally recognized Hammond Organ jazz player, James Faunt Trio plus 1, Jamie Font School of Music in LA, he played with Chic Corea for a while, etc… if you want more info, contact Dale at dale@talktek.net 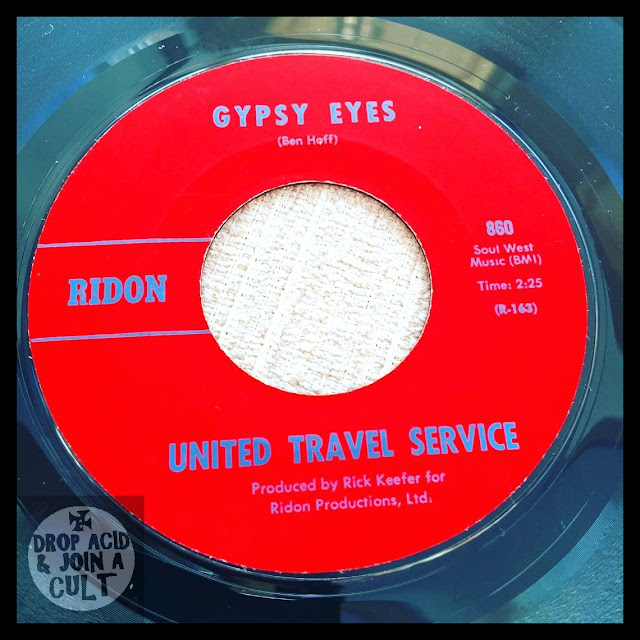