THE OFF-SET - YOU'RE A DRAG 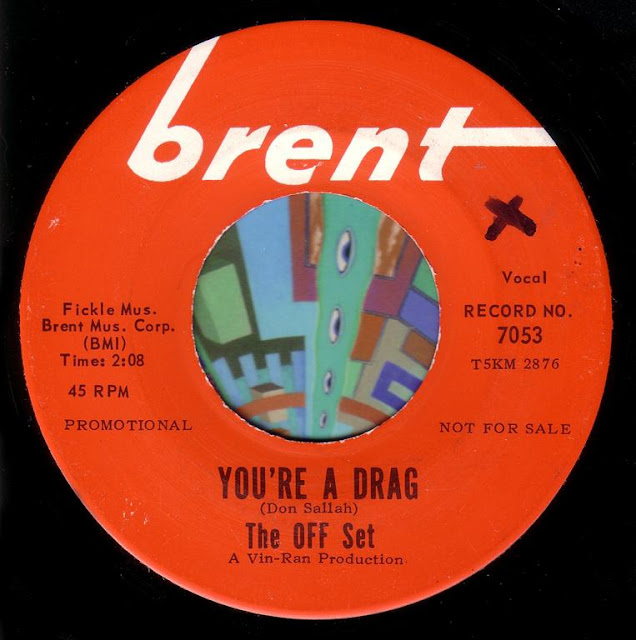 Very obscure release on the Brent label, so much so that no entry for this band exists in Fuzz, Acid and Flowers. Also a quick check on the net revealed no information and they've never troubled the compilers.

'You're A Drag', written by Don Sallah is a memorable folk rocker with jangly guitar and loud bouncy bass runs. This tune rocks in a similar way to those early Turtles sides. It's also got some great 'put-down' lines. My favourite being,

'This whole scene is fixed
You don't even exist
You're a drag'.

The flip 'Little Girl, Little Boy' sounds like a pre Beatles era teener pop song. For 1966 this is just so outta touch and leads me to believe that The Off-Set were a studio incarnation. This song was written by Randy Irwin - Vinny Testa and self produced (label states a Vin-Ran Production)